Is it a Crust? Is it a Rub? Is it a Breading Mix? Well, yes, yes, and almost! This colorful surface treatment features simplicity.

In  Kitchenaid type mixing bowl, use the paddle to combine  the flour, the baking powder, and the shortening. The result should resemble coarse cornmeal. Stop the mixer and add the rest of the ingredients, except the parsley. Mix again until uniform.

Remove from mixer bowl to an appropriate storage container and lightly fold in the parsley so as not to turn it into powder. 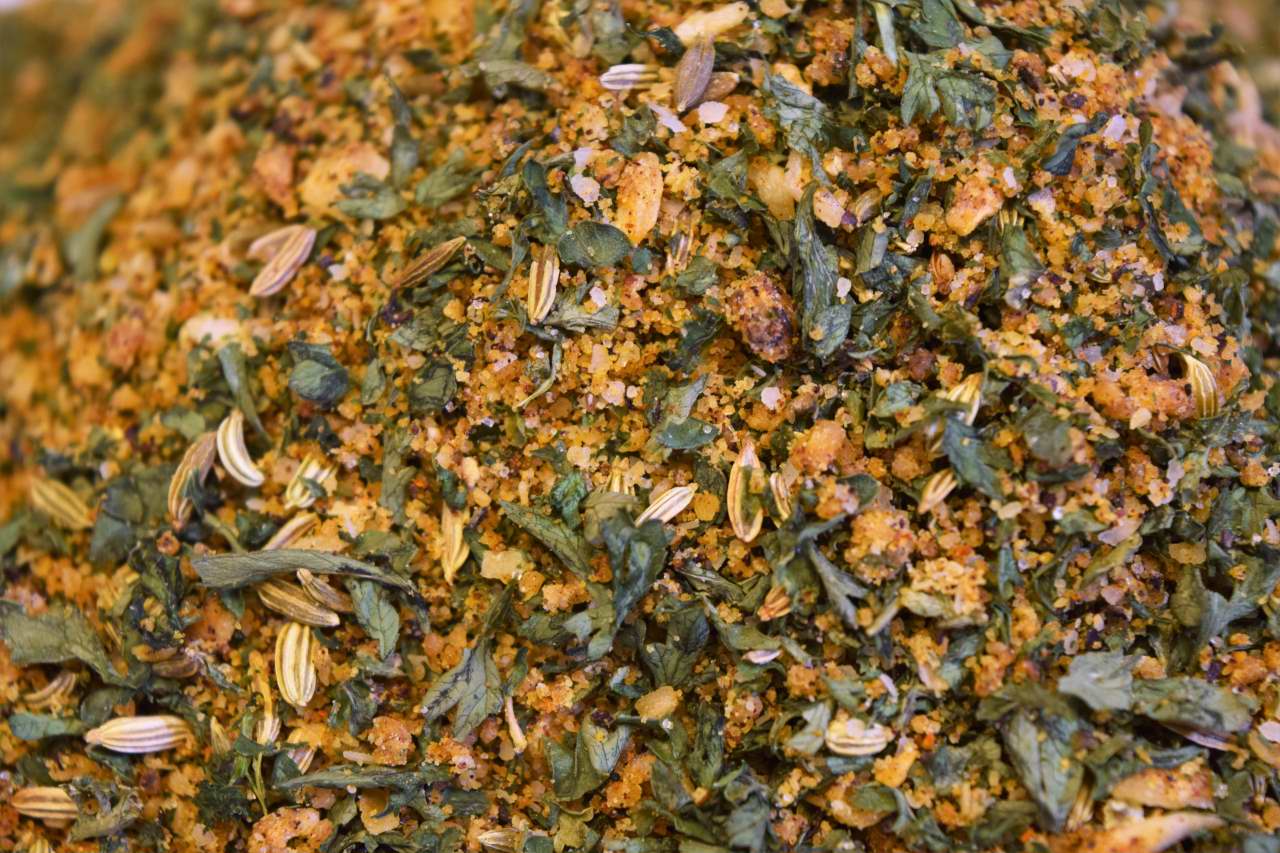 The ingredients were originally measured by weight because it is much more precise than measuring by volume. I have included approximate volume measurements in the ingredient list, with the caveat that results may be affected by the varying densities of dried herbs and spices.

In the picture below we coated the sous vide processed beef short ribs with beaten egg white and then rolled in the crumble crust mixture. Once roasted, the herb crusted effect is familiar in appearance, but unique in texture. 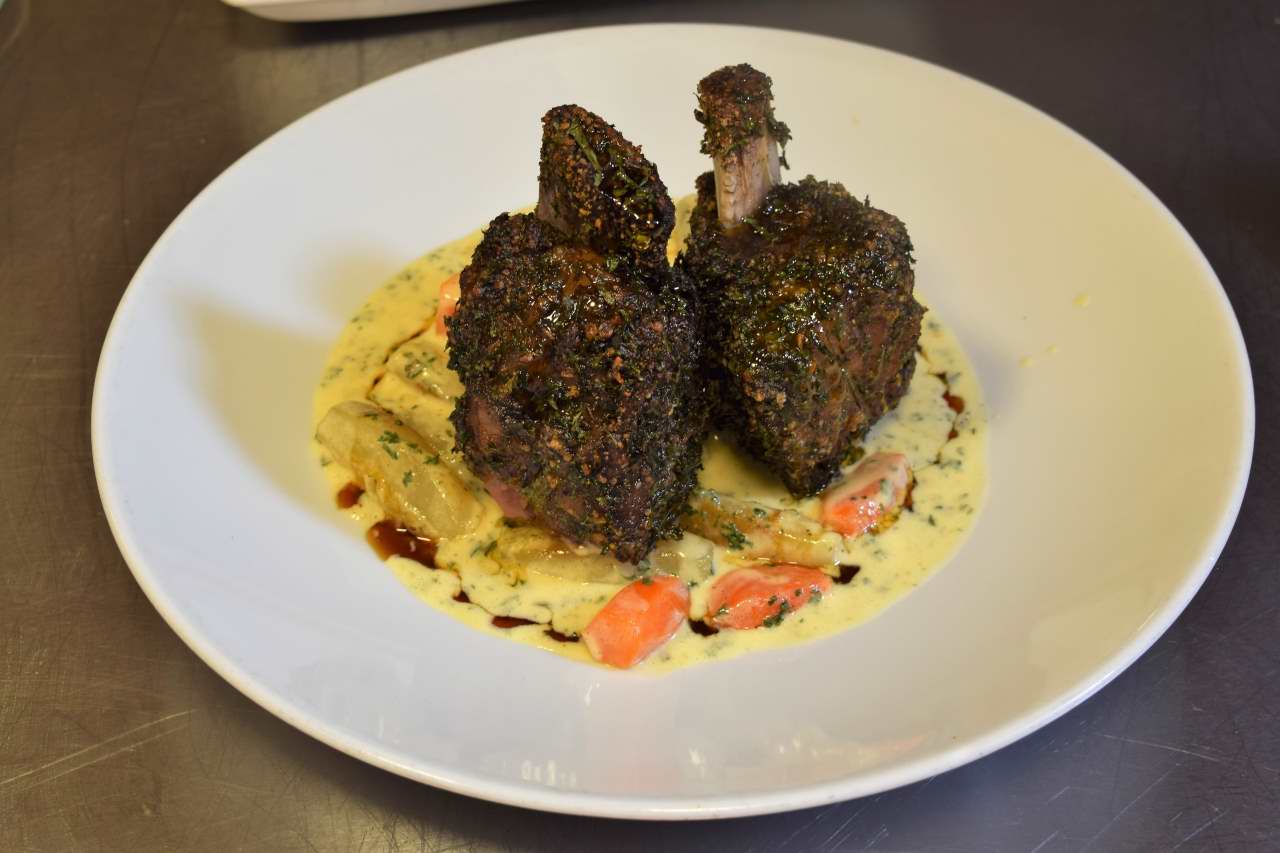 Even carnivores will be pleasantly surprised when their Quinoa Burger has merely been sprinkled with rub and deep fried. Sinful, but scintillating! 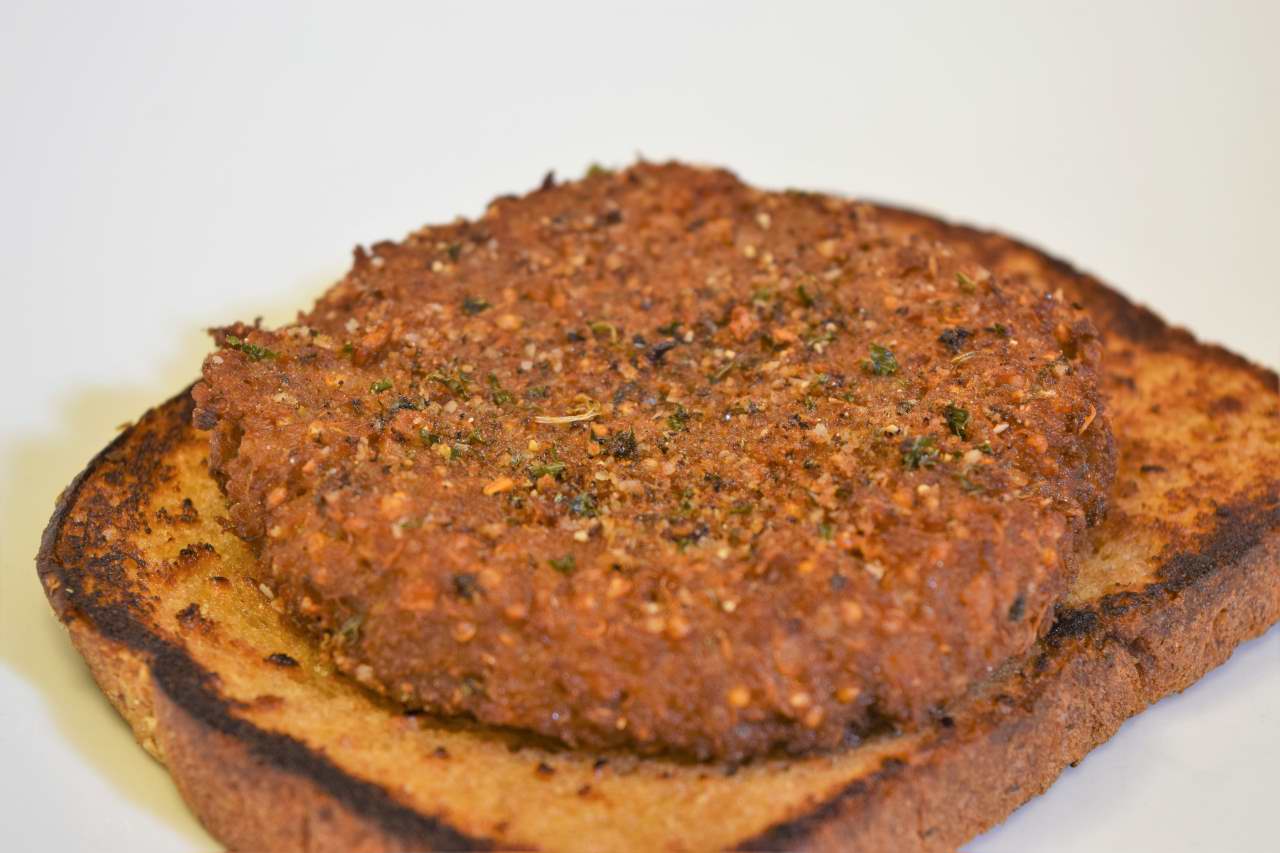 Here is an example of the same rub being used to accentuate the flavor and appearance of pork spare ribs and asparagus. The floral effect of the fennel seeds and the deep but brilliant green of the parsley create a bold, multi sensual sensation. 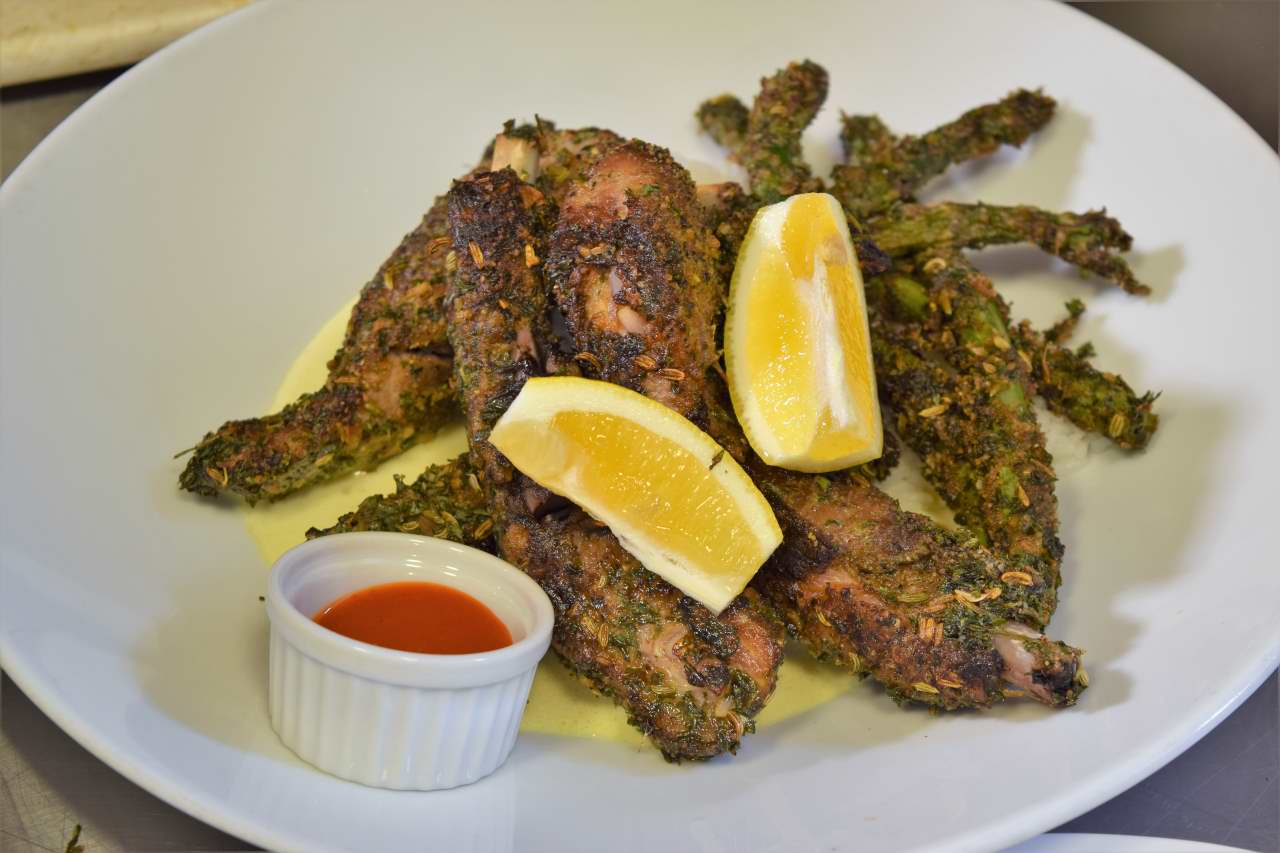 The ribs were roasted in a hot oven for only about 20 minutes, a far cry from the three+ hours typically required to become tender. The asparagus was blanched via sous vide, shocked cold, lightly coated with egg white and then rolled in the crust mixture, a novel but easily enjoyed combination of texture, flavor, and color. 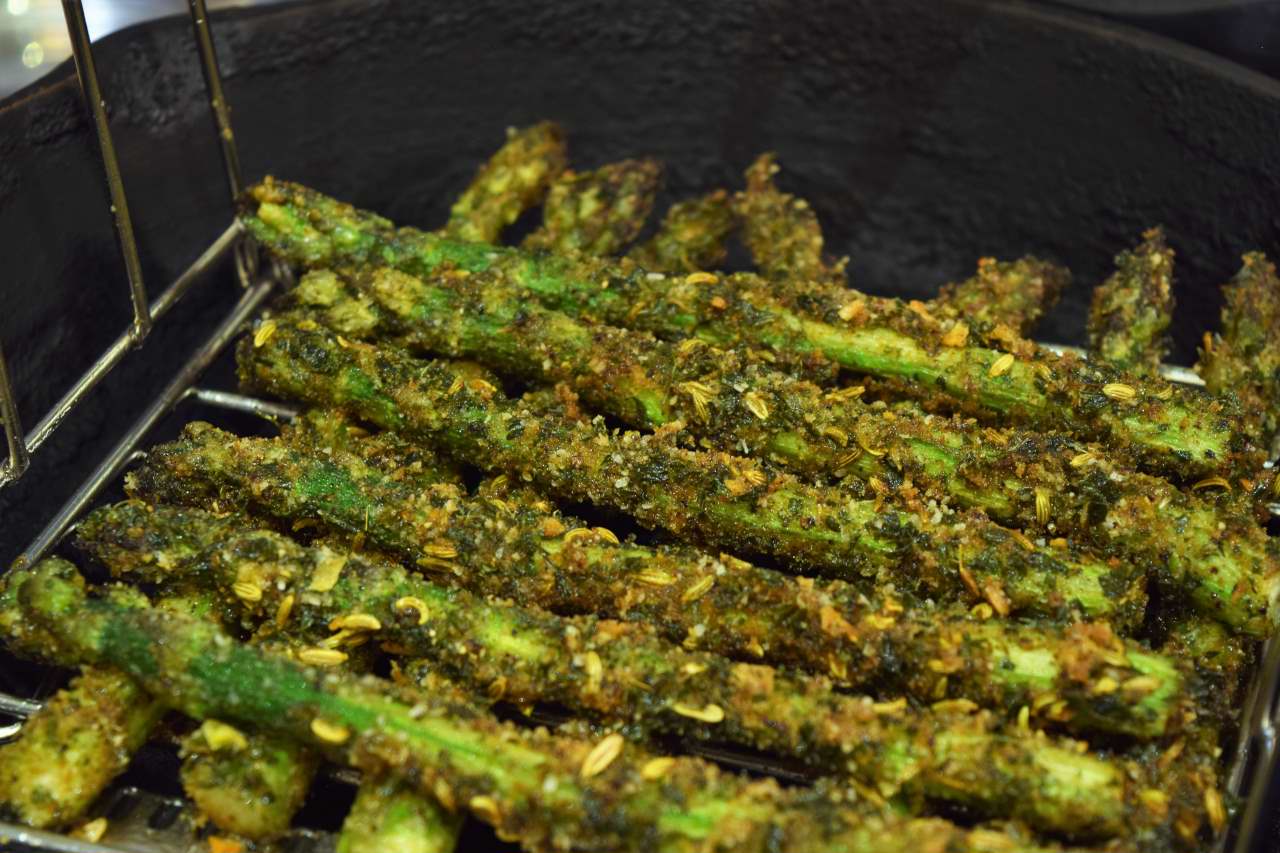 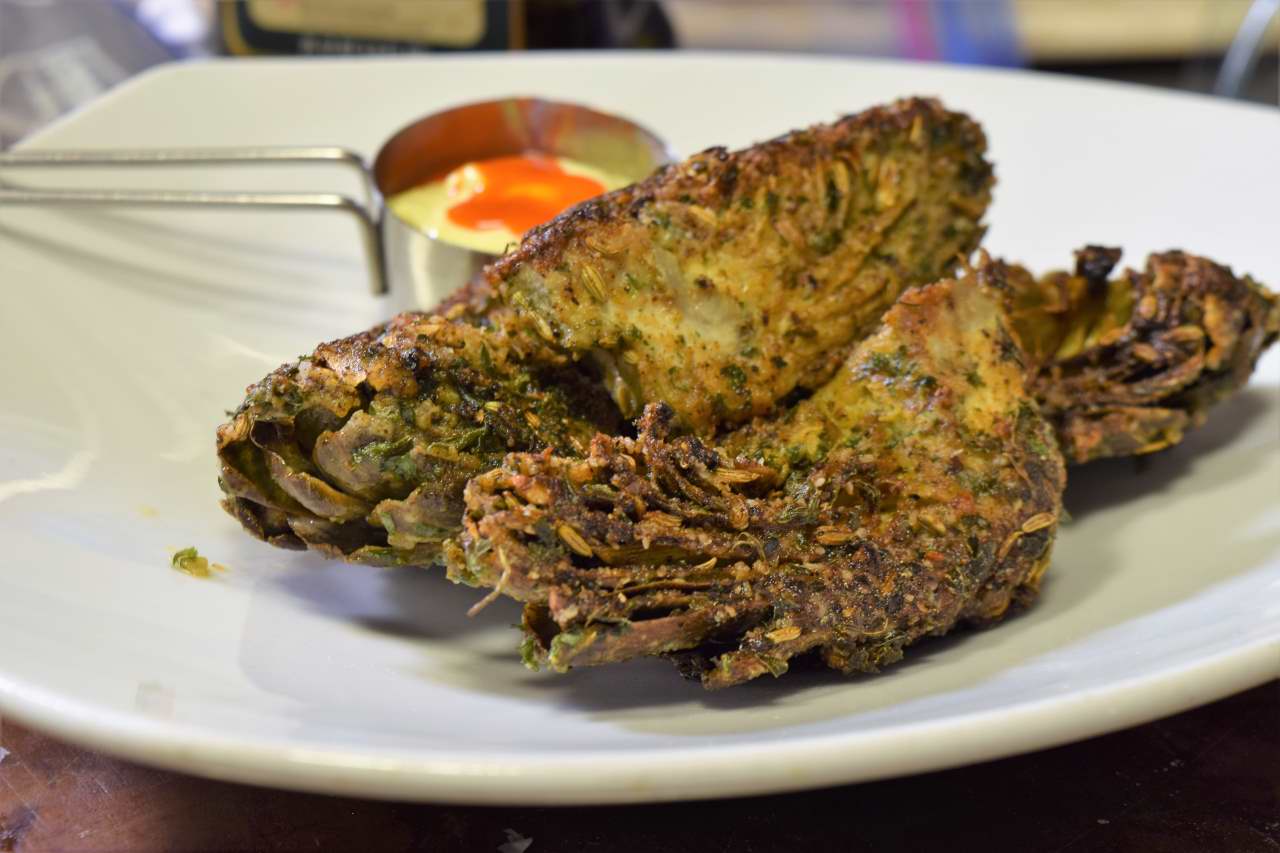 Add a little bit of flour to the rub and use it as the last step for sous vide onion rings instead of bread crumbs! 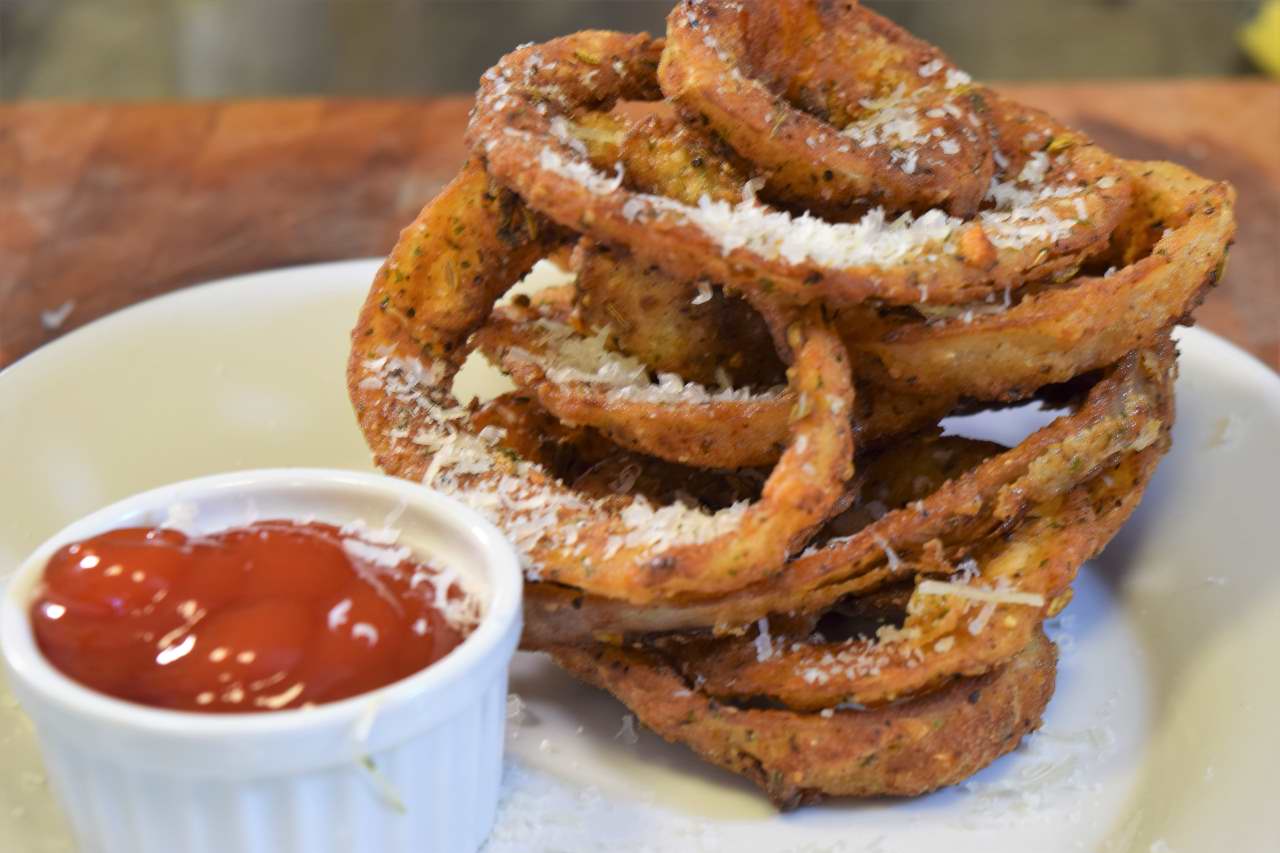 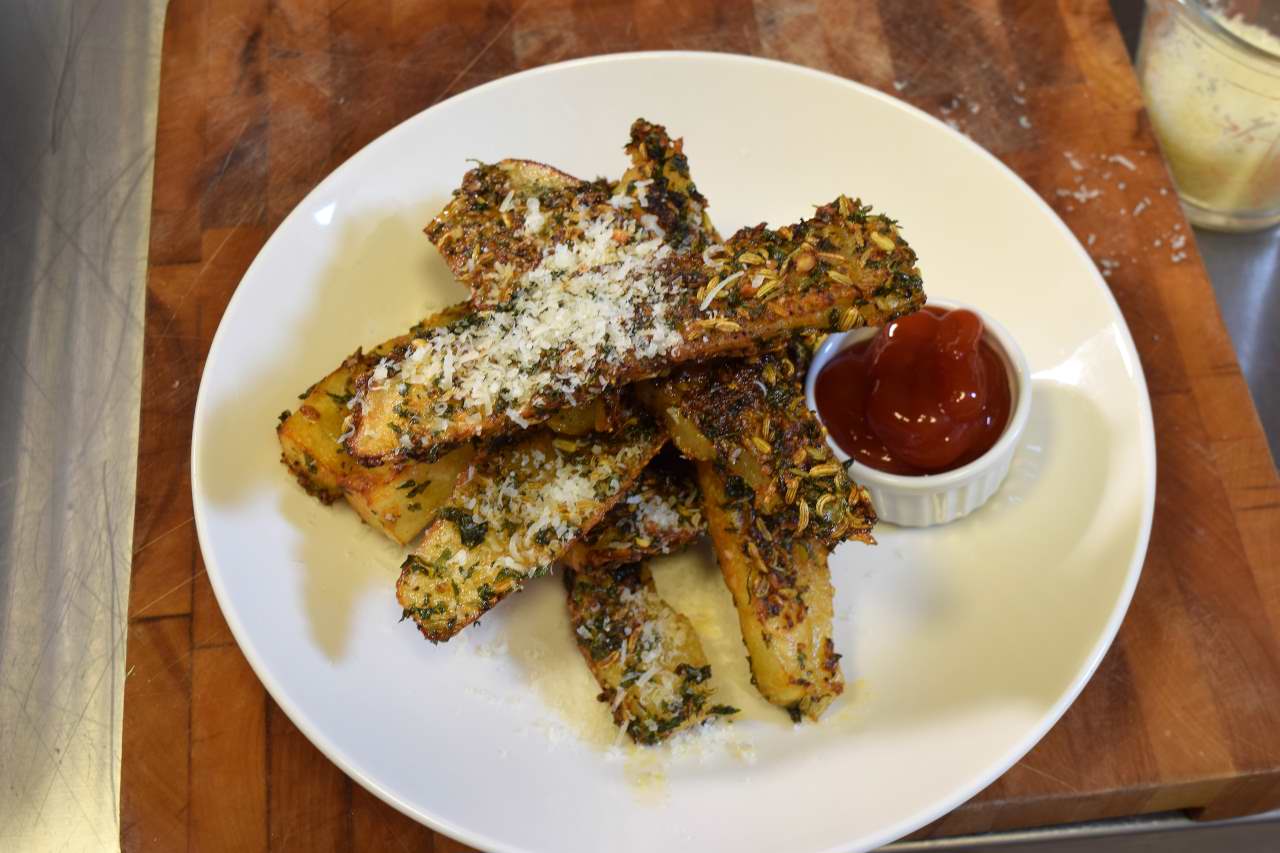 Watch for upcoming applications of Rub#1 and its successors!

On first glance, it may appear that sous vide merely inserts another step into a process that is already time consuming and labor intensive. But Sous vide processing simplifies and expedites the finishing processes that follow it. It requires little or no real time monitoring, and frequently goes overnight or all day while we are at work. Since the safety of the product is assured, there is no need to concern oneself with doneness at service--timing of your meal becomes much easier.

Surface treatments can be anything from simple Maillard induced caramelization of the surface of steak, to any variant of fried chicken, to complete re-synthesis of the familiar rub generated crust achieved via