It wasn’t so long ago that we just discarded the juices left in the bag after sous vide processing. Not any more!

What is Sous Jus? 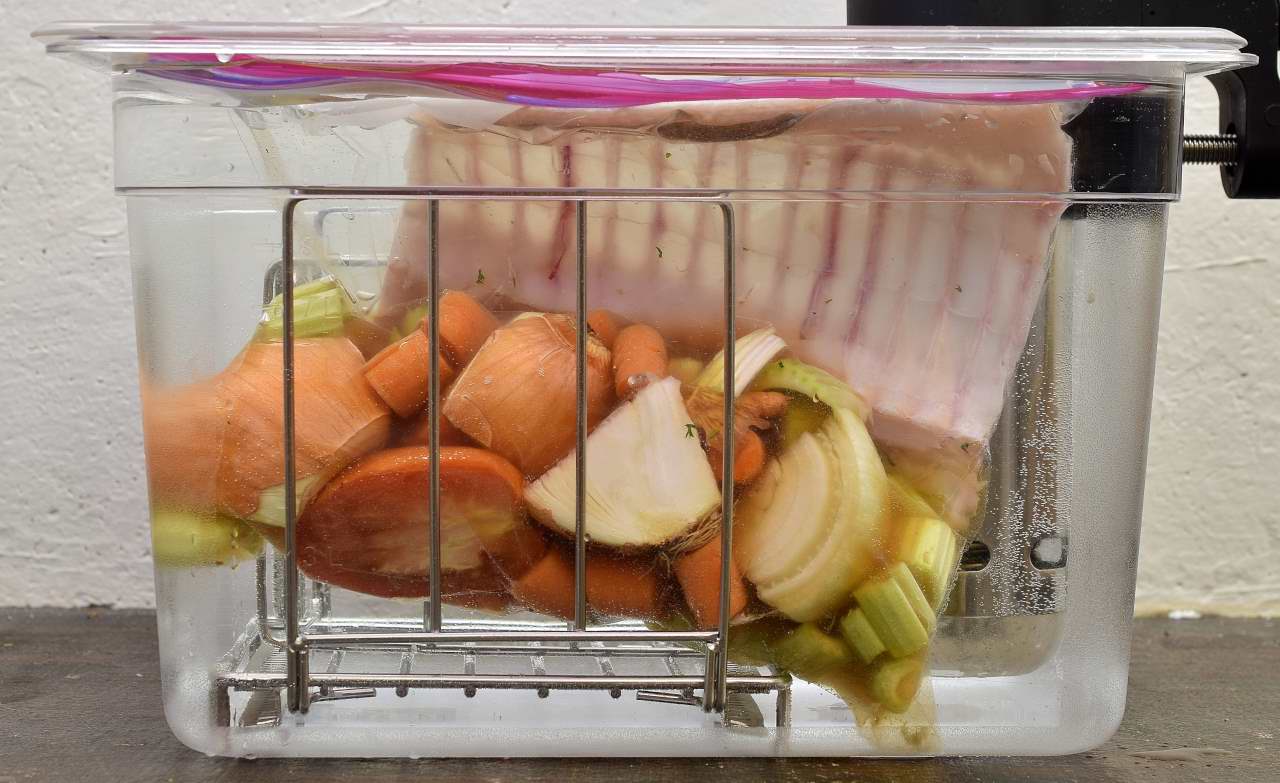 Sous Jus is the clarified liquid that collects in the sealed pouch during processing. The sum of the weight of the protein in the bag and the juices in the bag is exactly equal to the original weight of the protein, because everything is trapped in the sealed pouch. Sous vide results in the least amount of shrinkage of any commonly used method of cooking.

Unfortunately, albumin, myoglobin and other impurities accumulate in the bag during processing. When exposed to temperatures above the boiling point of water, these proteins coagulate and tend to cling together. In appearance, they bear a strong resemblance to darkened, overcooked scrambled eggs. They have an unpleasant, sulfurous smell. 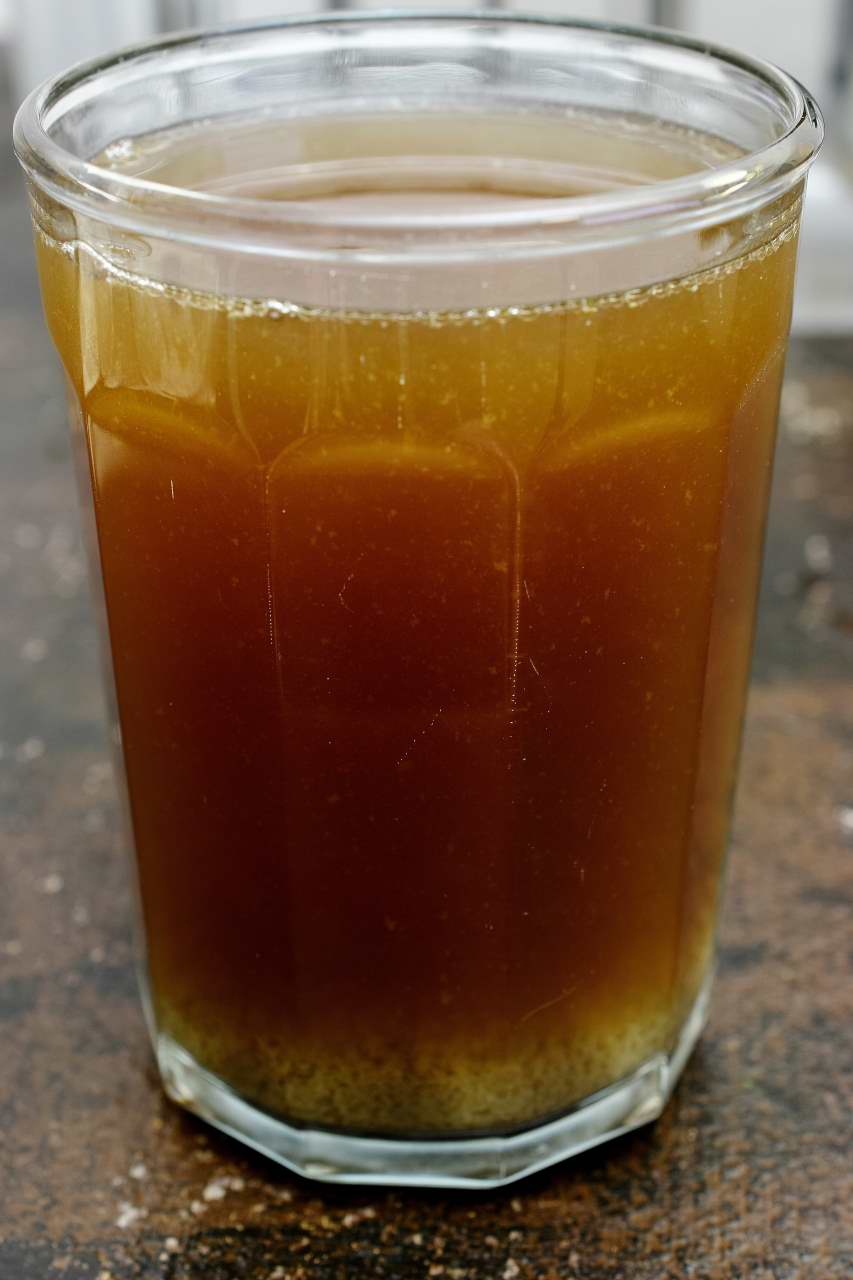 We will demonstrate how to transform the unappealing cloudy liquid above into the clarified consomme below. 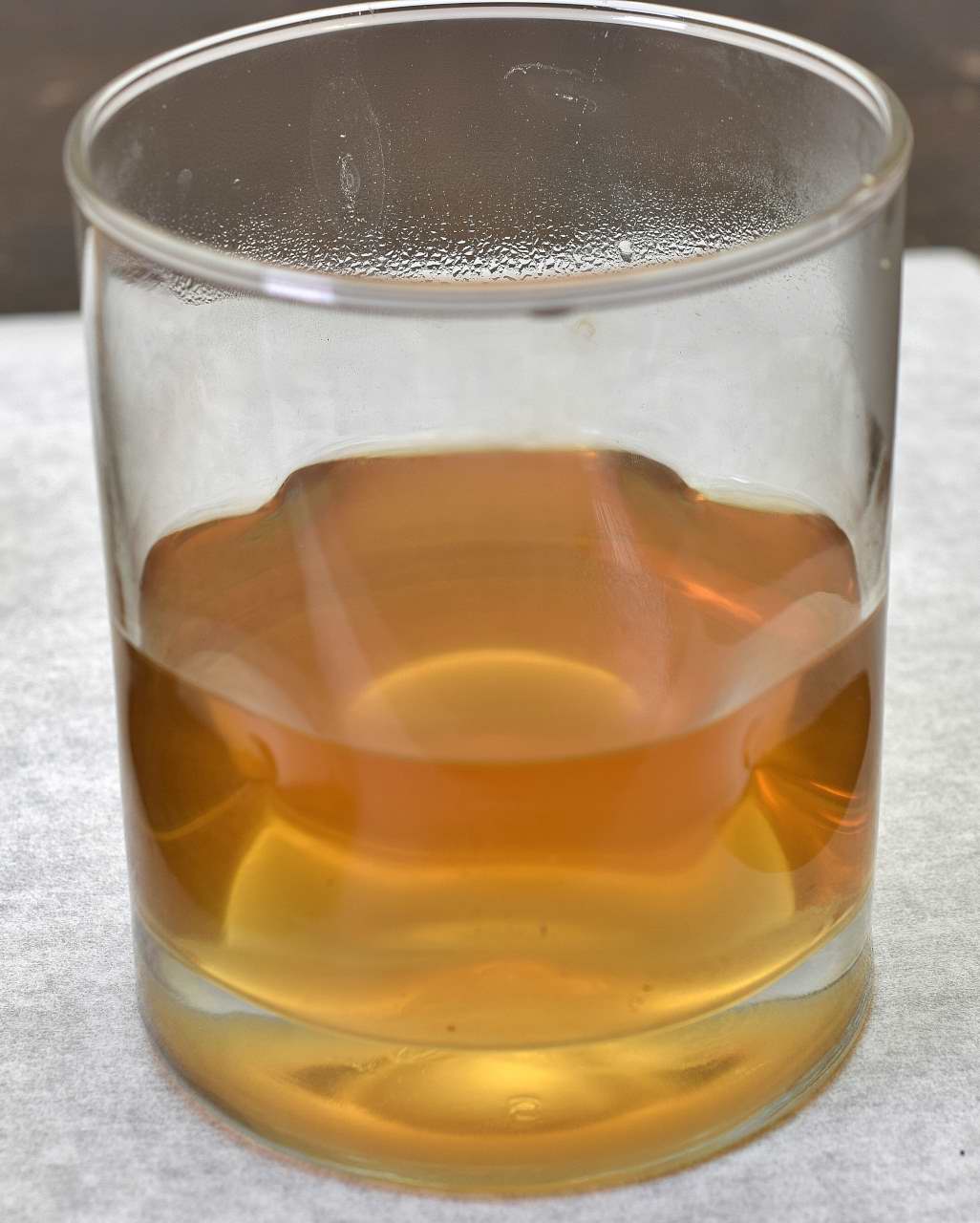 Pour the juices from the bag into a clear, microwaveable container–tall enough so that it won’t boil over. Place the container in the microwave and process until it just boils–usually about a minute. You can use a pan, too, I just hate washing pans.

The albumins already in the purge will bond to the impurities in the jus. Examine the liquid and you will see dark residue on the bottom of the glass, a small amount of very clear liquid, and a substance that looks kind of like gray scrambled eggs hovering mostly near the top.

Line a colander or strainer with moistened paper towels.  Moistening prevents the liquid from clinging to the paper towel. Place the colander on top of a sauce pan or other container. 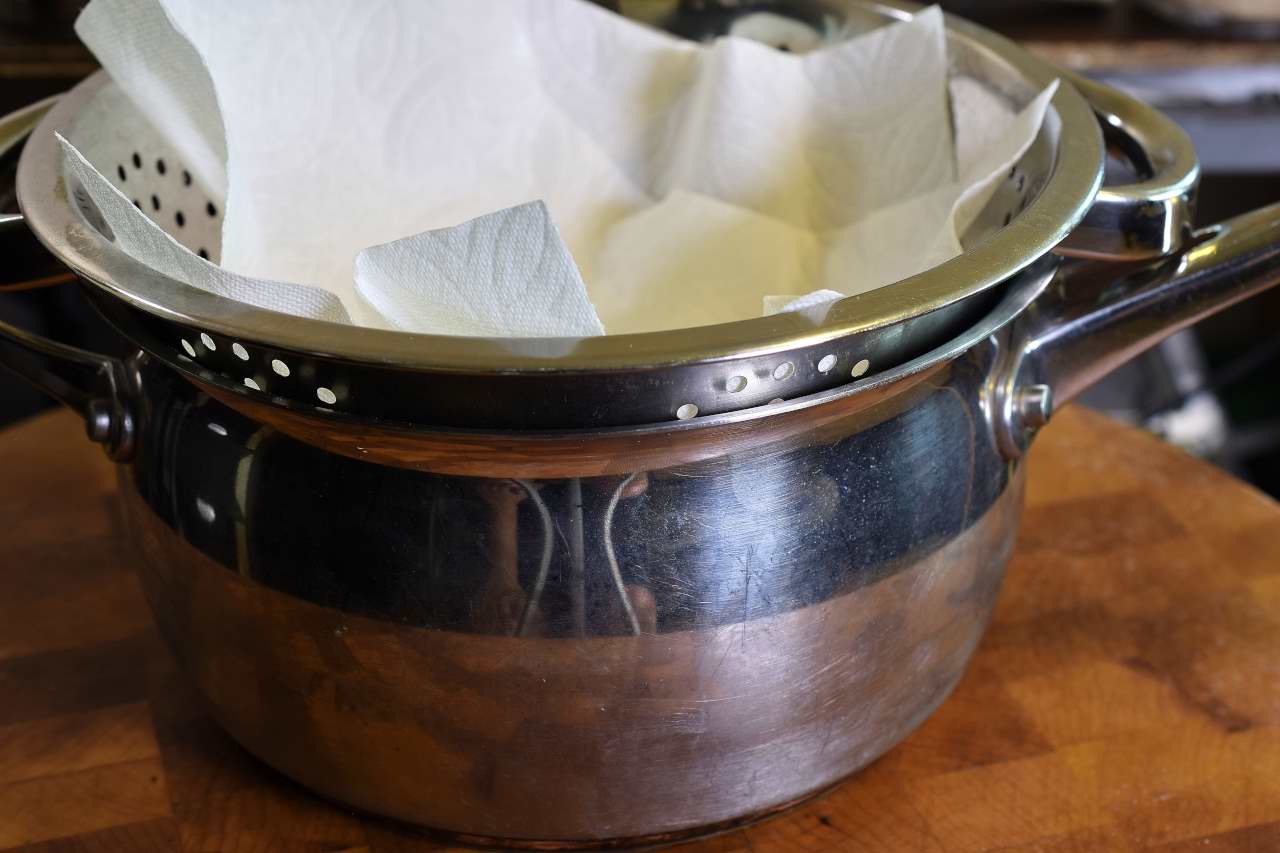 Pour the liquid through the paper towel.

Discard the solids. The sous jus will be strong in flavor and gelatin. If the meat was seasoned before processing, the purge may be salty.

Note: Sometimes there is not enough albumins in the jus to collect all the impurities. Should your sous jus stubbornly insist on staying cloudy, scramble an egg white in a separate container, then stir the cloudy liquid into it (not the other way around) and bring to a boil again.

So what do we do with it?

Sous jus can be used to replace water or stock in most recipes, and all of mine in general. A lot of devotees speak of reducing the sous jus to utilize it in a sauce, as if it were stock. Keep in mind that stocks and “reductions” are first made by ADDING water to extract flavor from bones, vegetables, etc. After cooking, that liquid is then reduced to concentrate the flavors.

This is not necessary with sous jus because the liquid was never added in the first place. The sous jus can be put to good use just the way it is. It keeps well in the fridge.

Above and below: Sous Jus from seasoned brisket 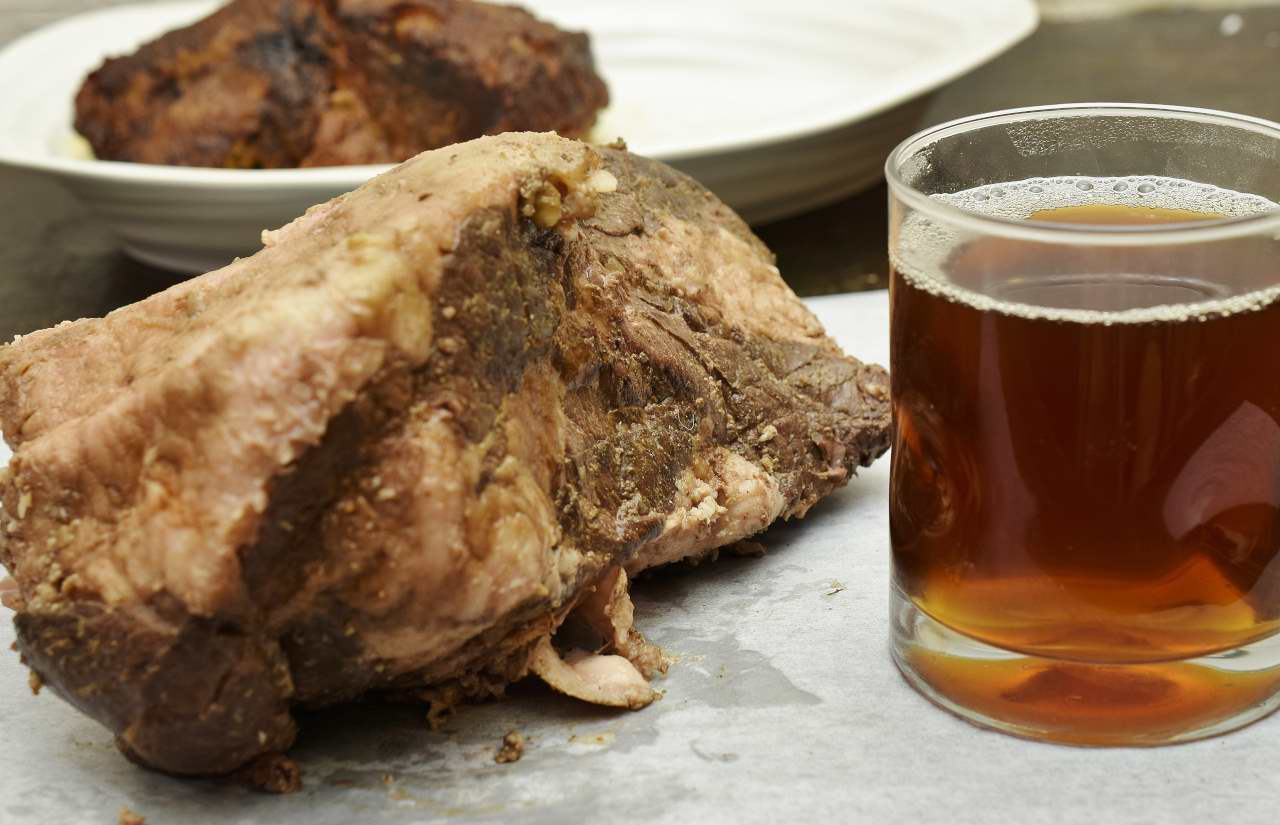 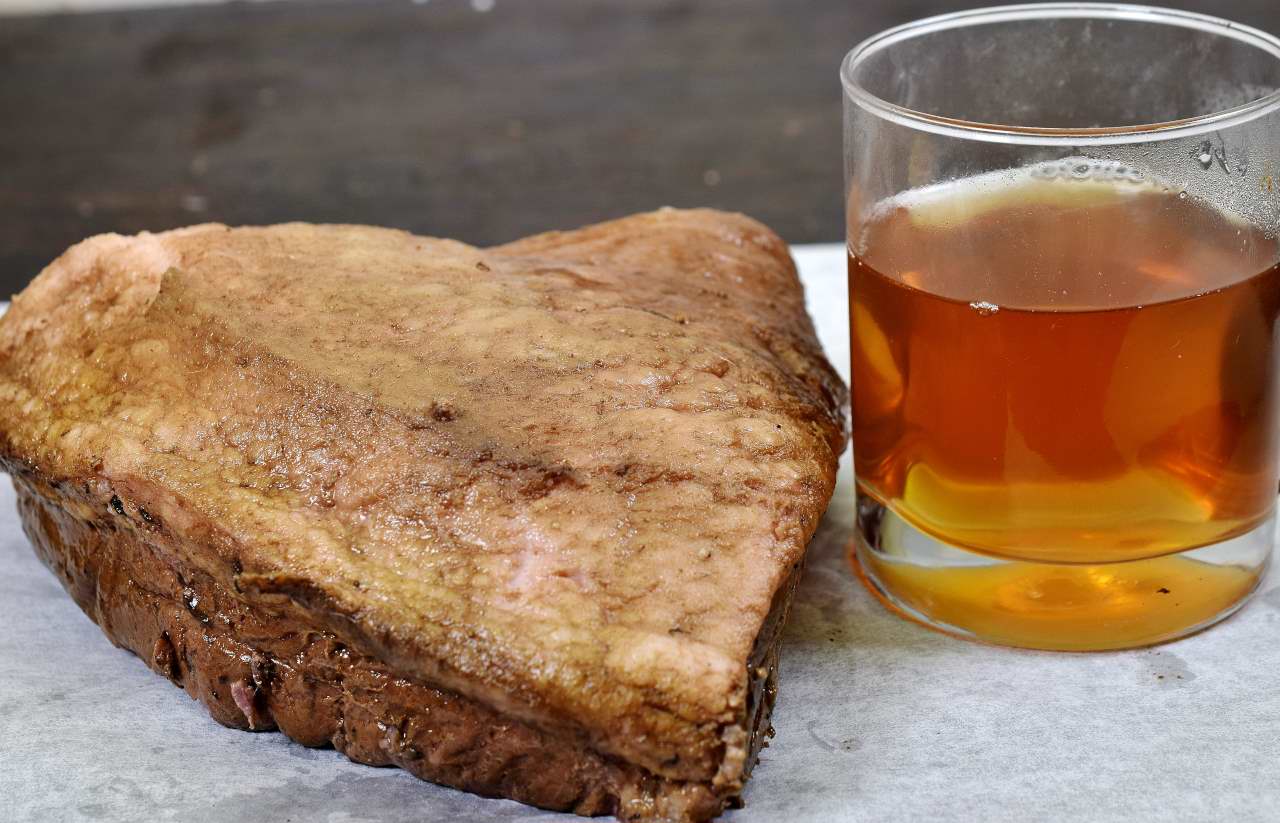 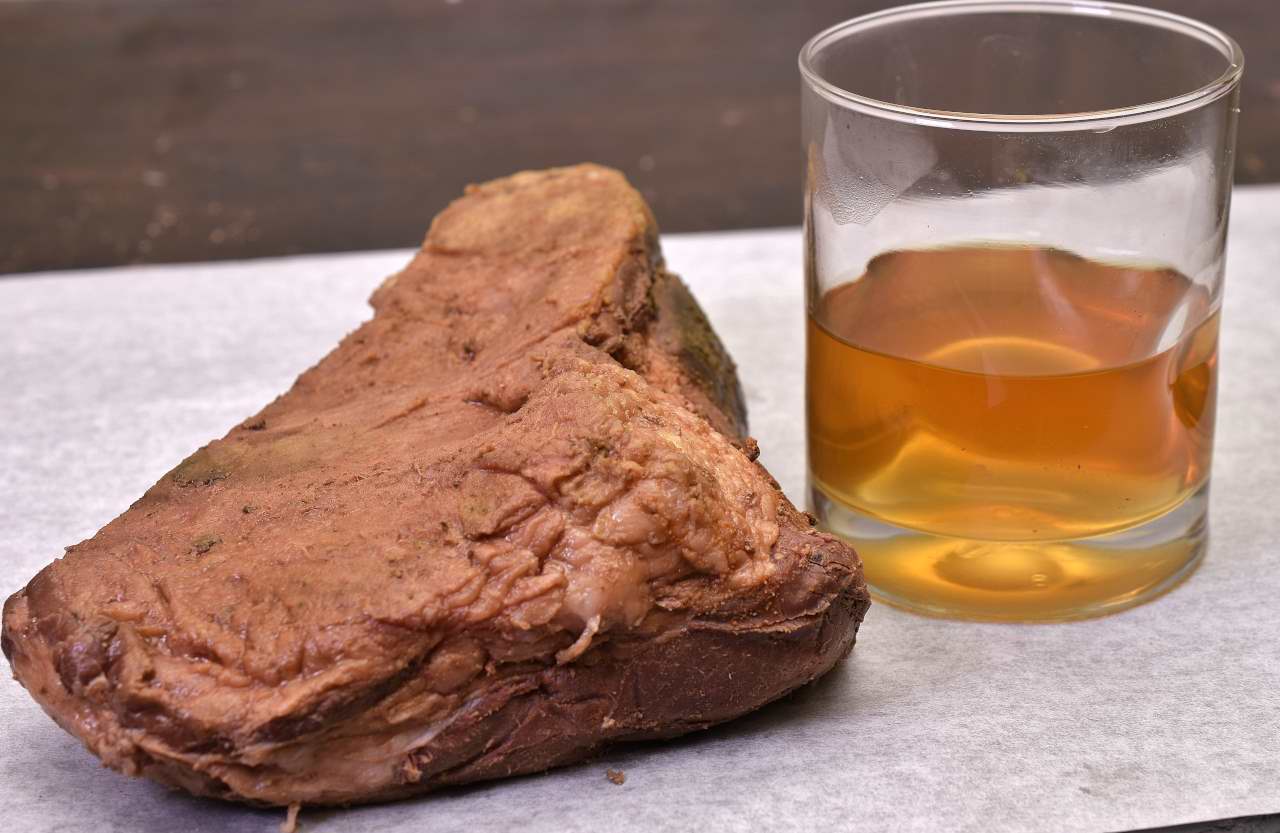 Click here to learn how to make a buttery emulsion sauce from the sous jus.

This water based substance contains albumins and myoglobin, proteins that occur in muscle tissue and cloud the juices. At lower temperatures, unclarified sous jus may be quite pink; at higher temperatures, cloudy and gray.  The higher the processing heat, and the longer the processing, the greater the amount of sous jus will appear in the bag.
The sous vide process converts collagen to gelatin, which is then dissolved into the sous jus. Whatever was in the bag contributes a lot of its characteristic flavor to the sous jus, which becomes the culinary equivalent of reduced stock.
Once properly clarified, that sous jus can bring a lot of depth and body to sauces.