Apples are never mentioned in conversations about sous vide. Meat. Poultry. The occasional vegetable. This recipe just might change that!

Apples, your choice, 1 each. We used “Cosmic Crisp” for this demonstration.
Lemon, 1/4 each.
Sugar, enough to fill the cavity in the apple–approximately 0.5 oz/15 g.
Kosher salt, a pinch.
Butter, a pat.
Cinnamon stick, a sliver. 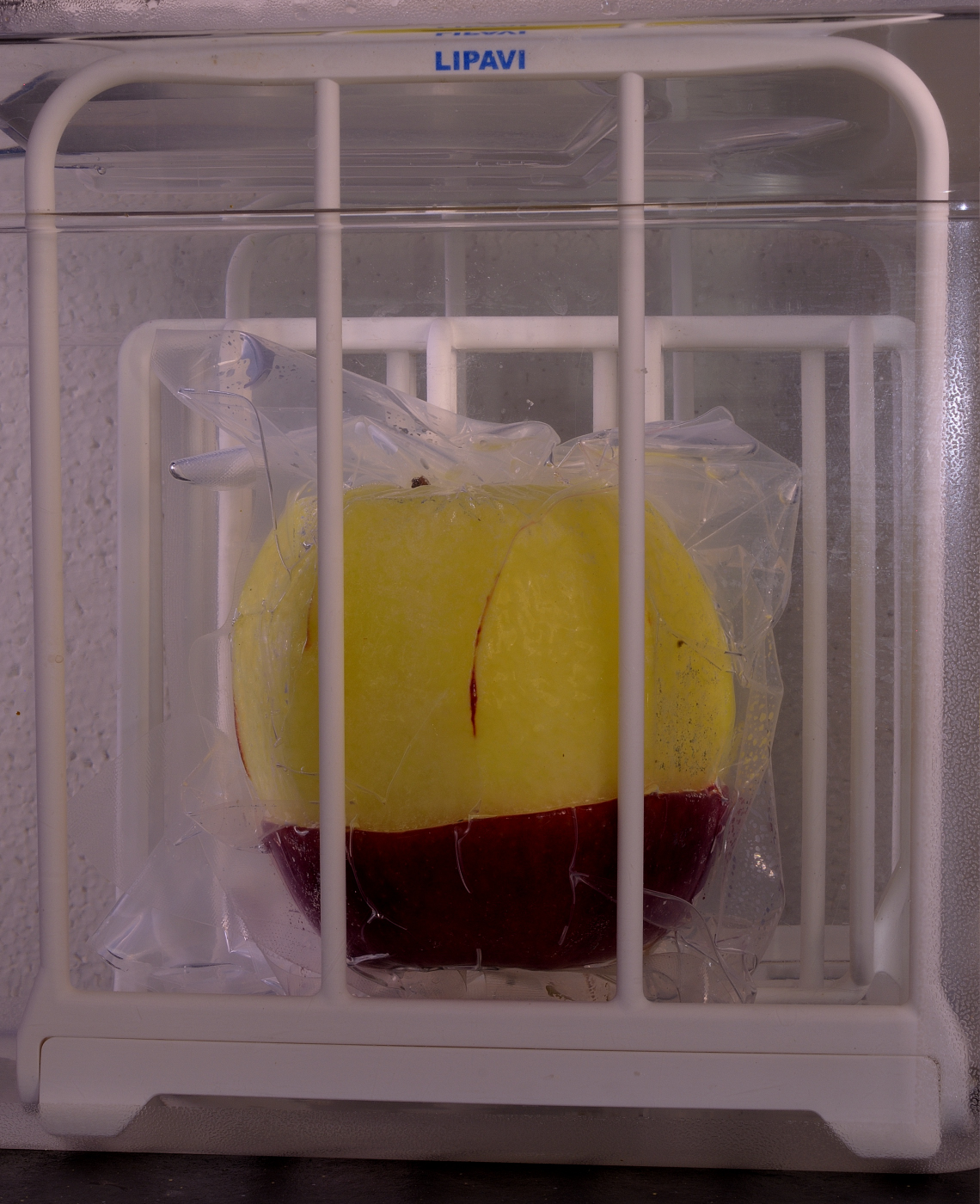 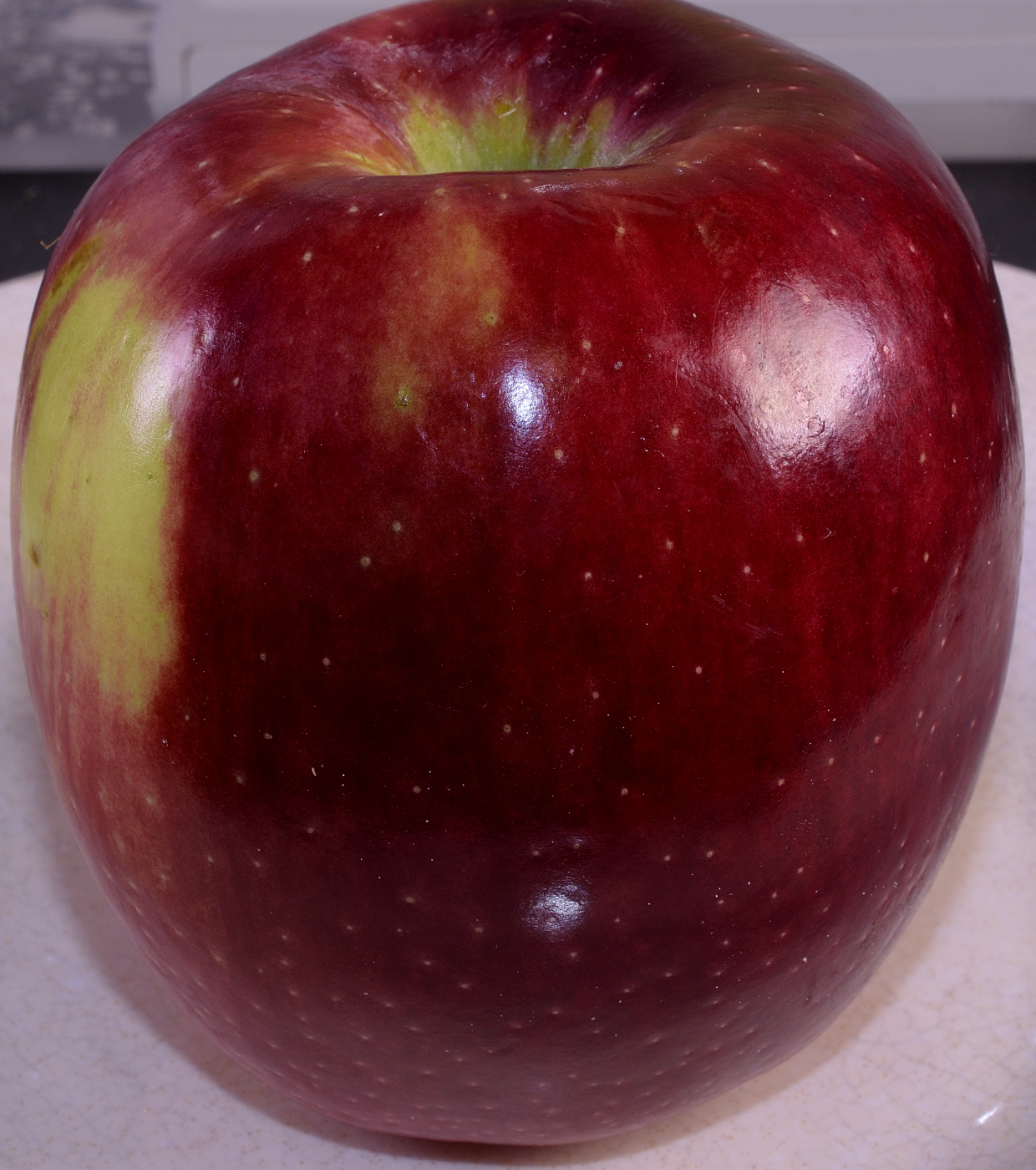 Place the apple on a clean work surface. Measure the corer up against the apple so you can tell how far to insert it. 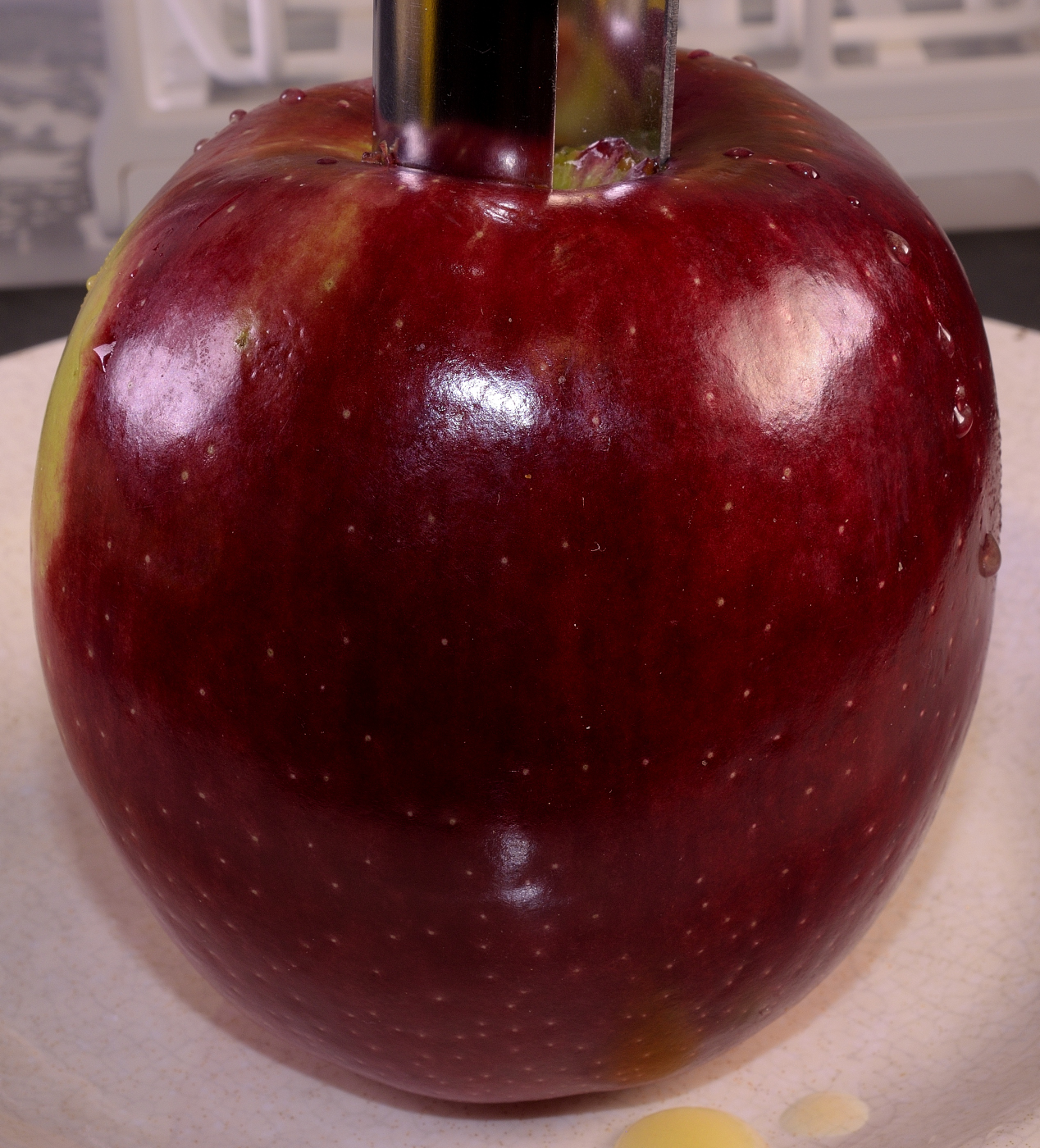 You only want to go about HALF way through. 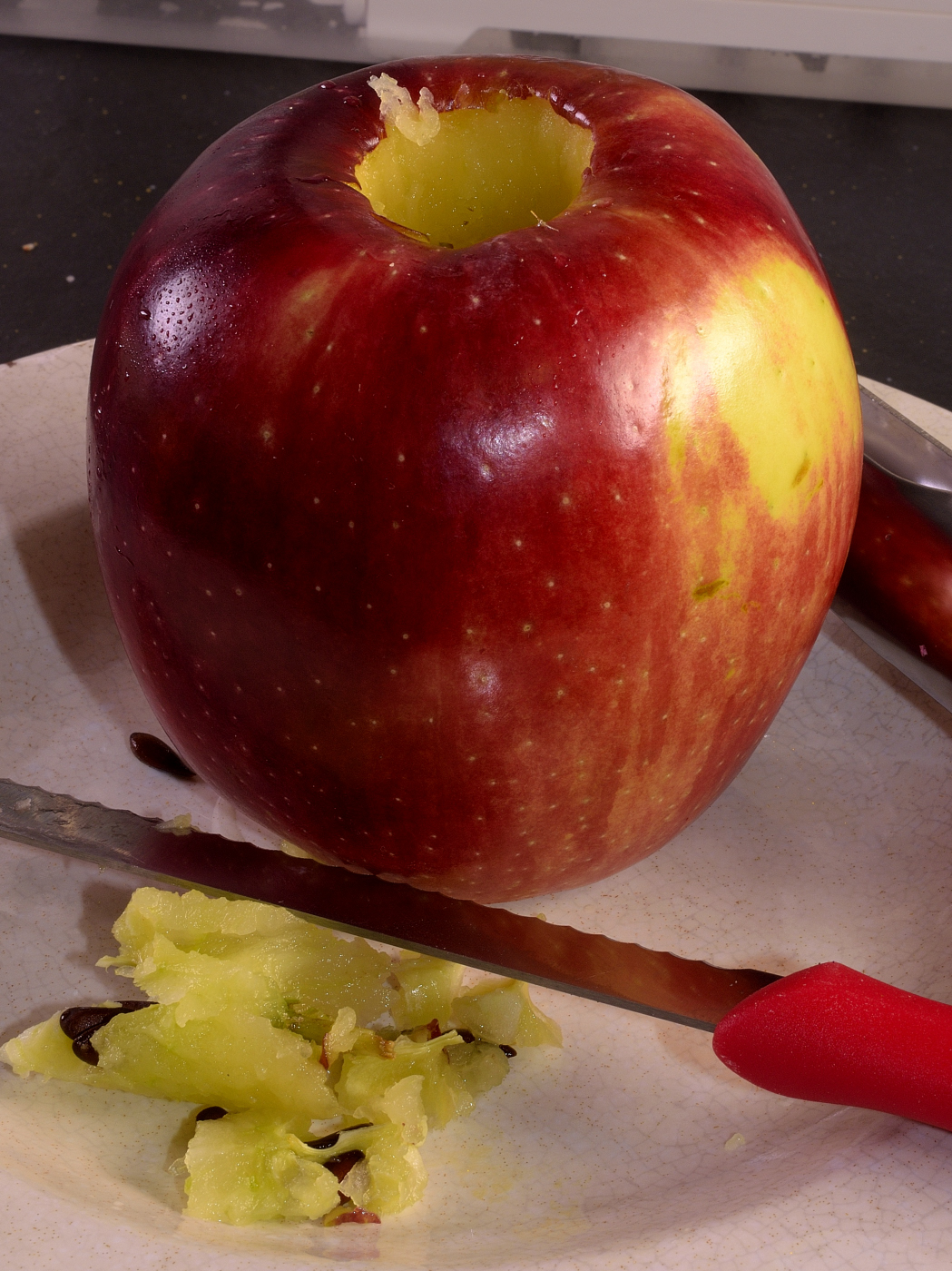 Rock the corer back and forth in the hope that the core will break and come out in one piece, but don’t be disappointed if this does not work. In most cases, a paring knife must be used to carefully dig out the core. Tweezers come in handy too. 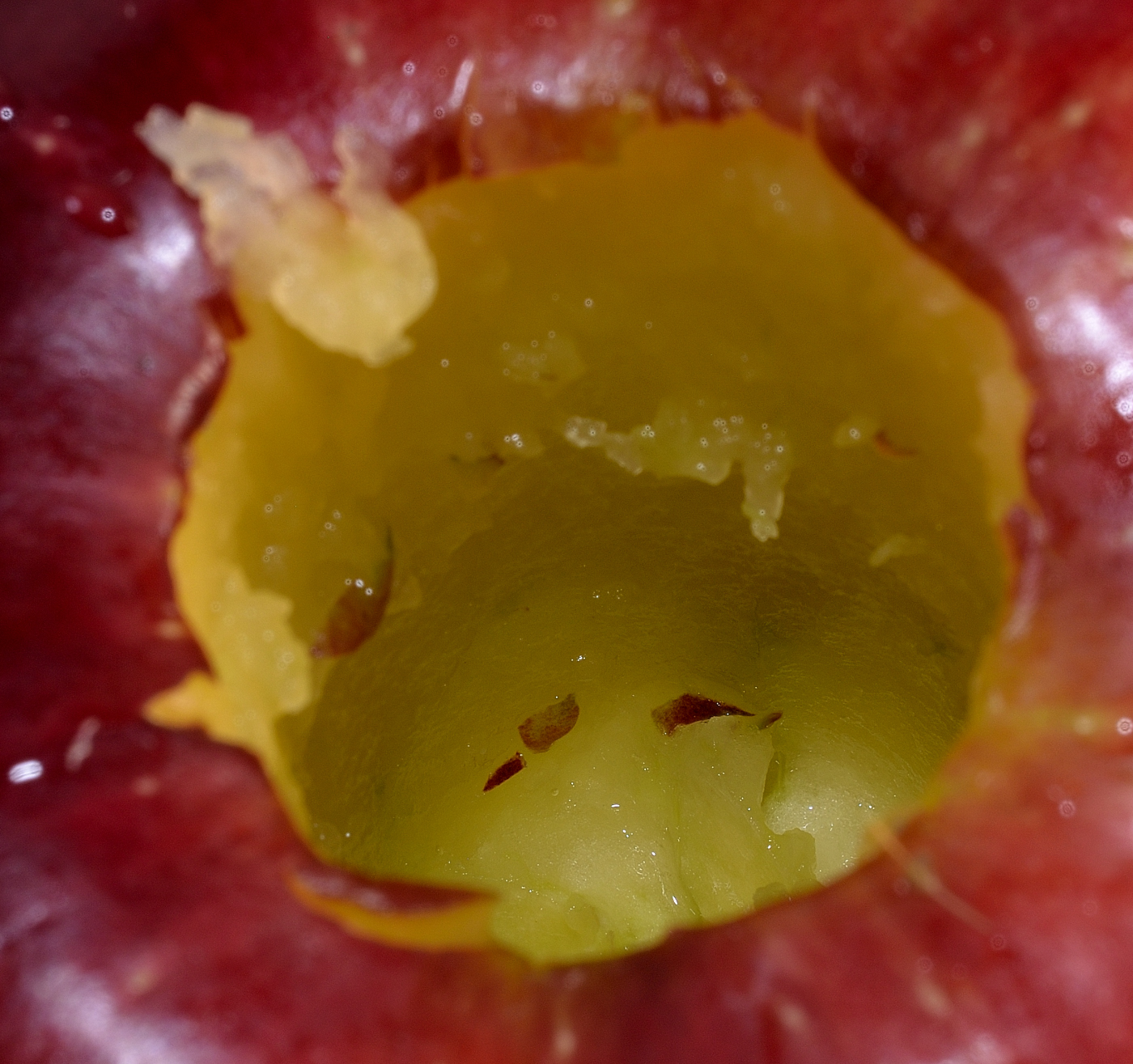 Make sure that all the seeds are removed. Use the paring knife to draw a circular line around the apple’s “waist,” about half way down. 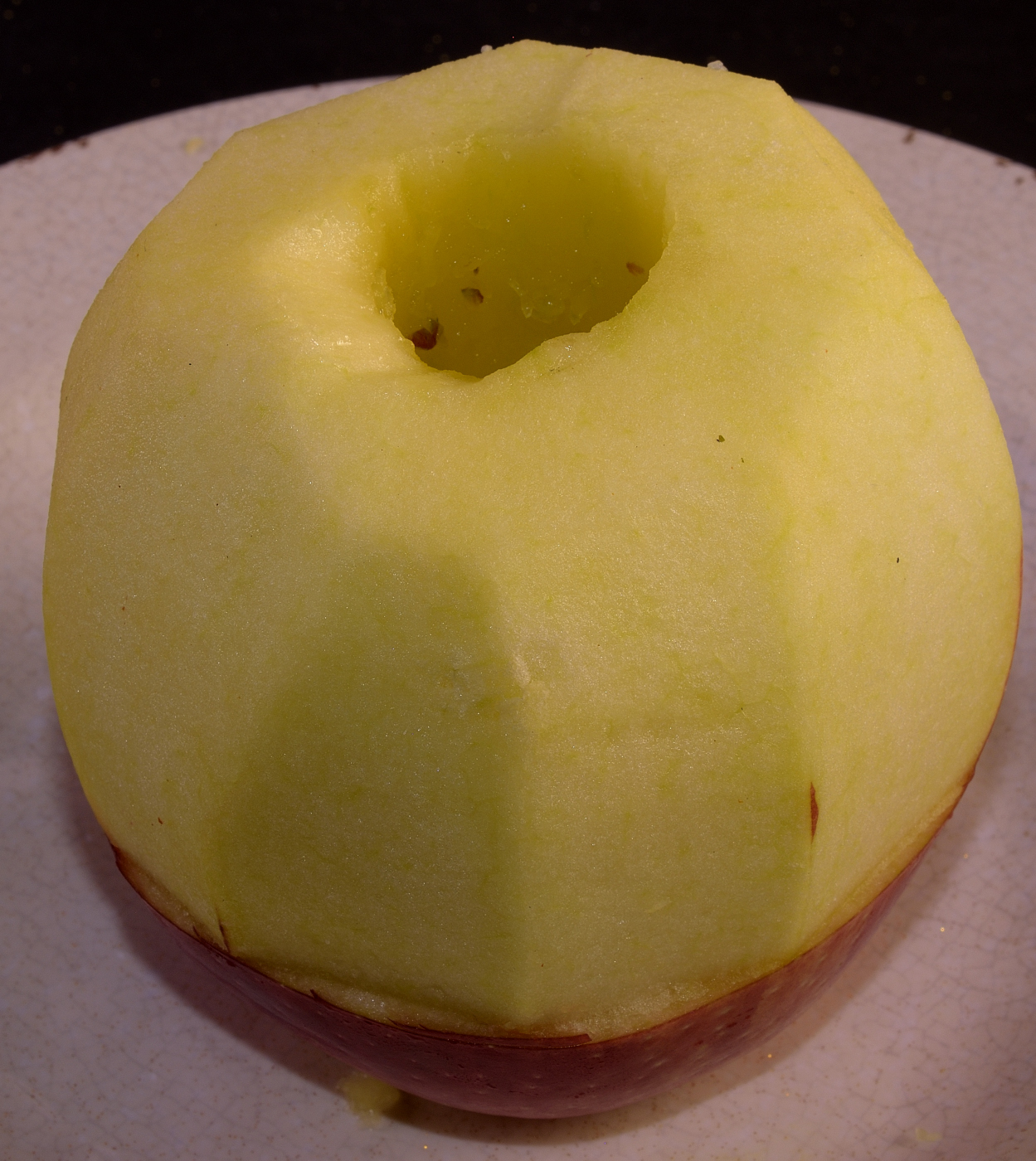 Remove vertical strips of peel in single strokes, starting at the top of the apple and working your way down. Stop at the belt line that you drew. This will create a straight line around the equator. Yes, that’s the way it was described to me so long ago. As we age, the belt line works its way down lower and lower. And so it is with the apple. 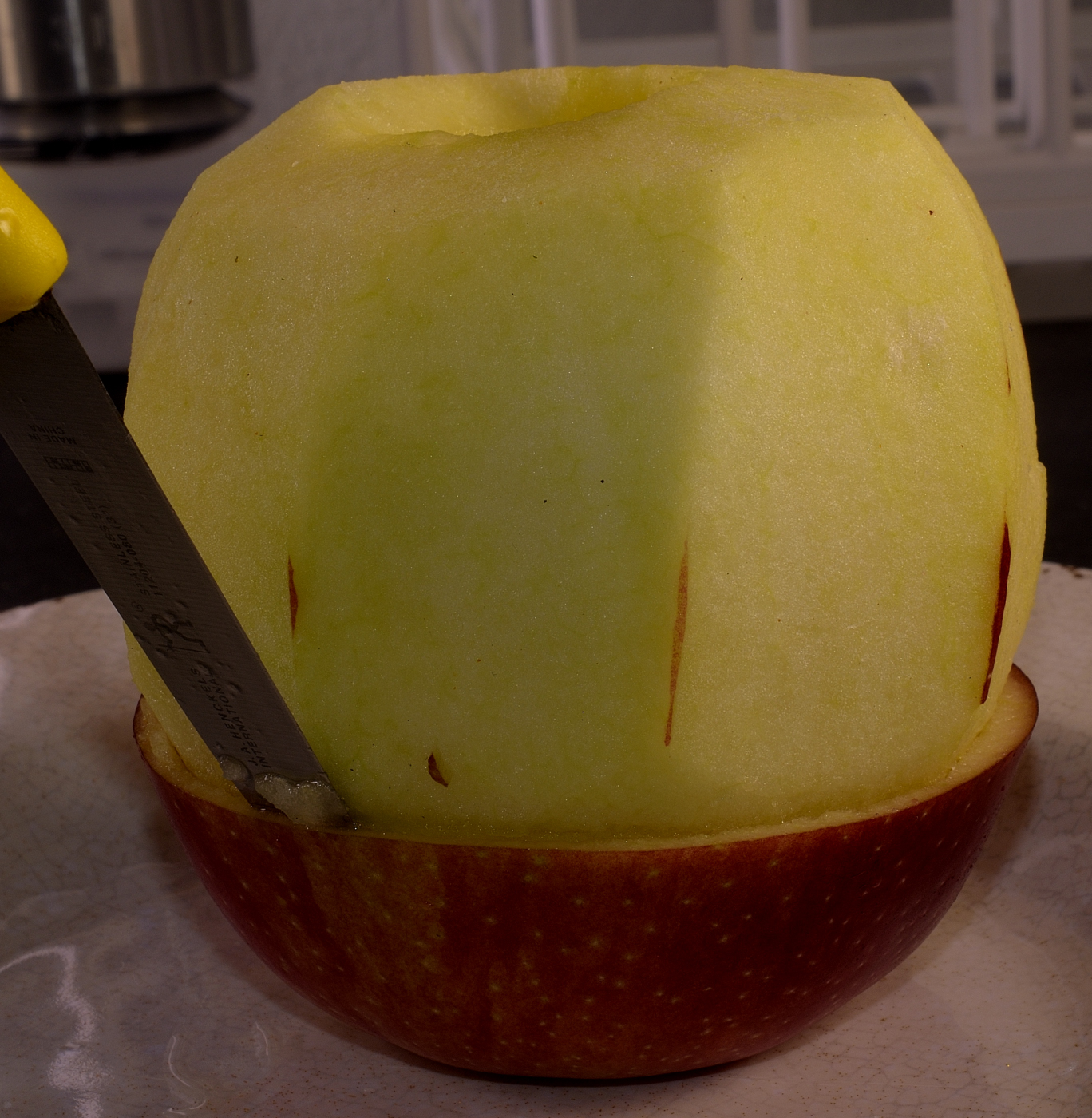 Make a small incision between the peel and the apple–all the way around to create what Chef Wolf called the “moat.” This will eventually serve to catch juices as they run down the side of the apple. Hopefully, anyway. He stipulated that as well. 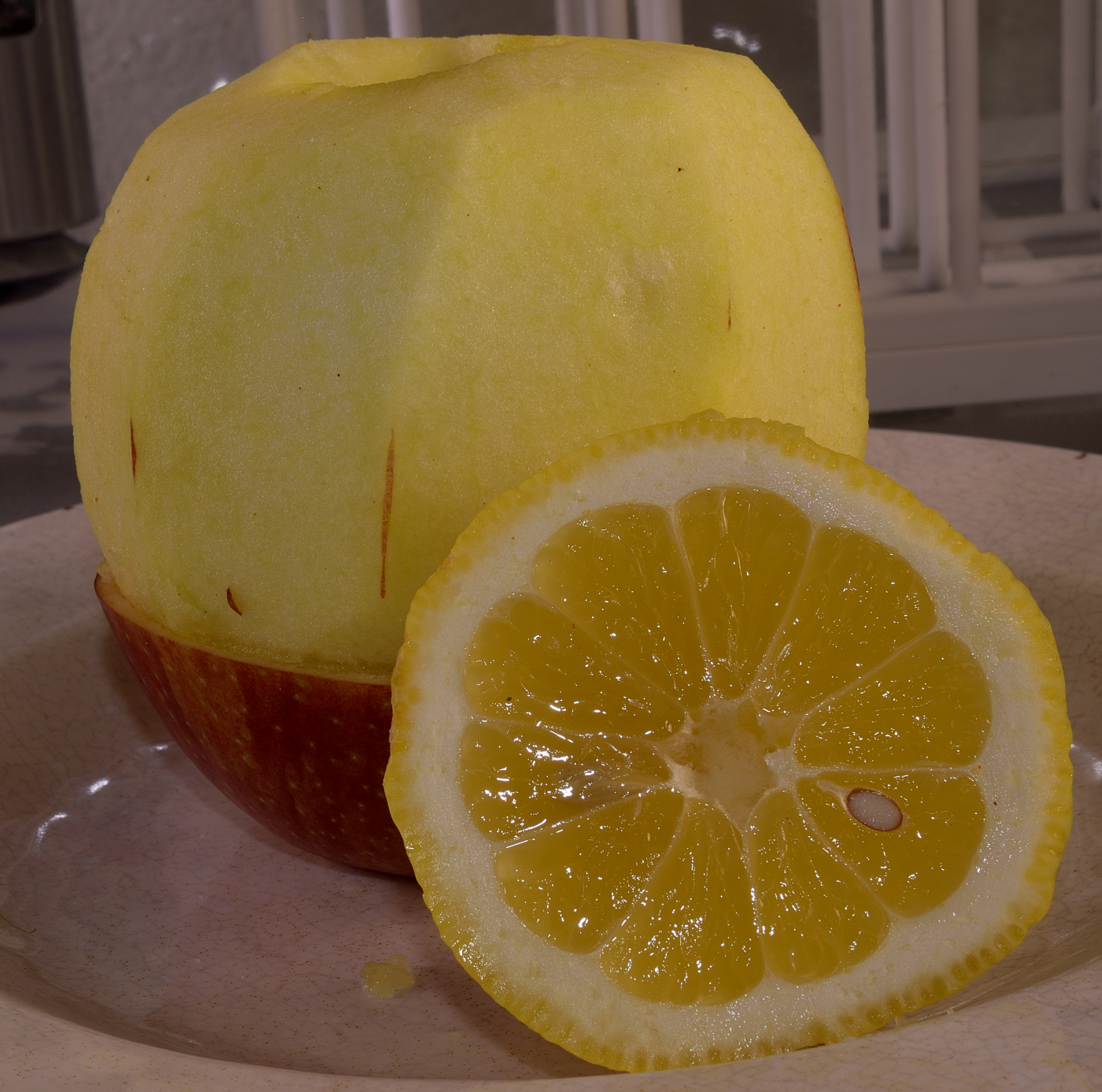 Rub the exposed surface of the apple with lemon to minimize discoloration. 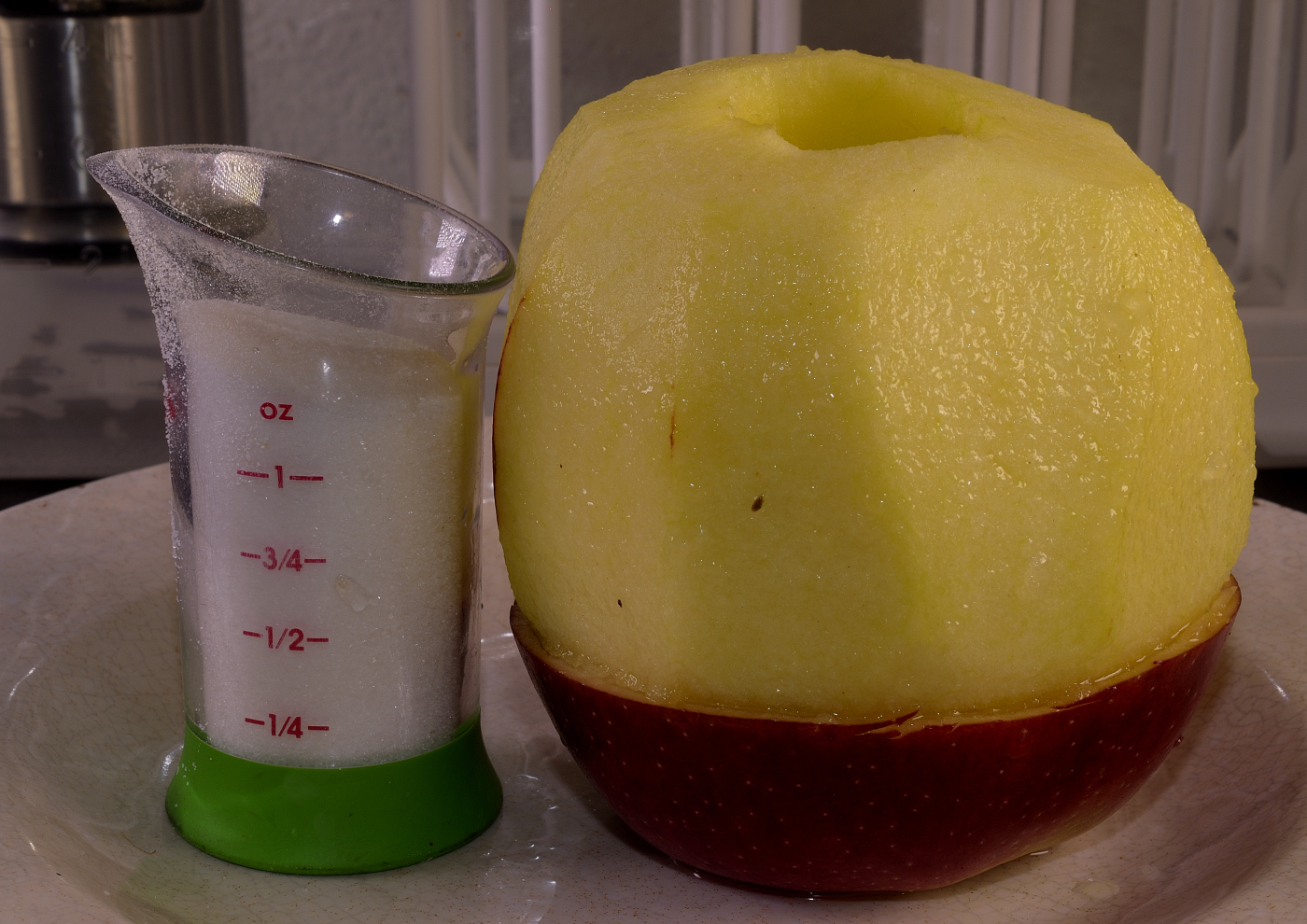 Measure out the sugar into something that will make it easy to fill the cavity. 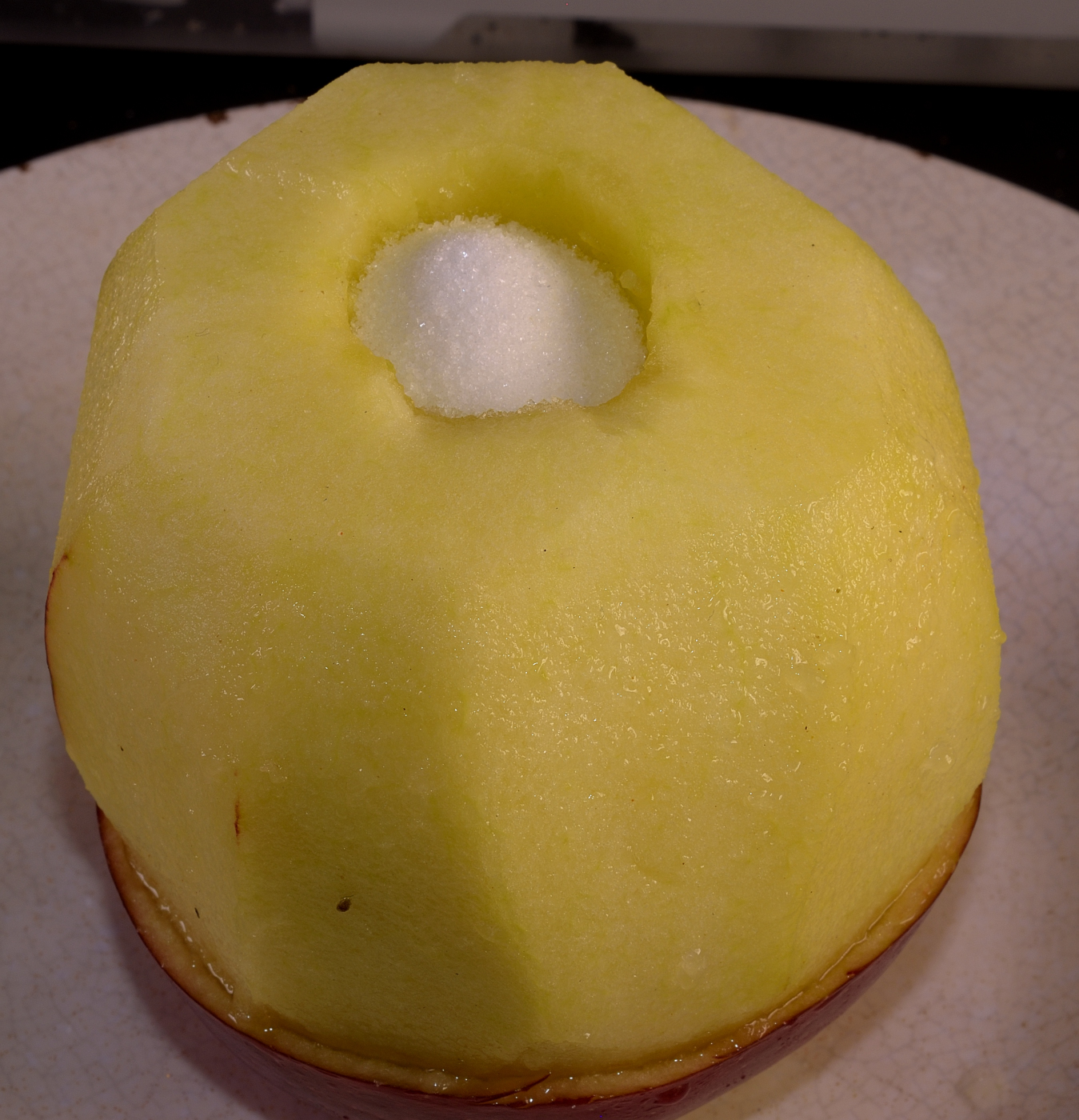 Like so. Put a tiny pinch of kosher salt in there too. 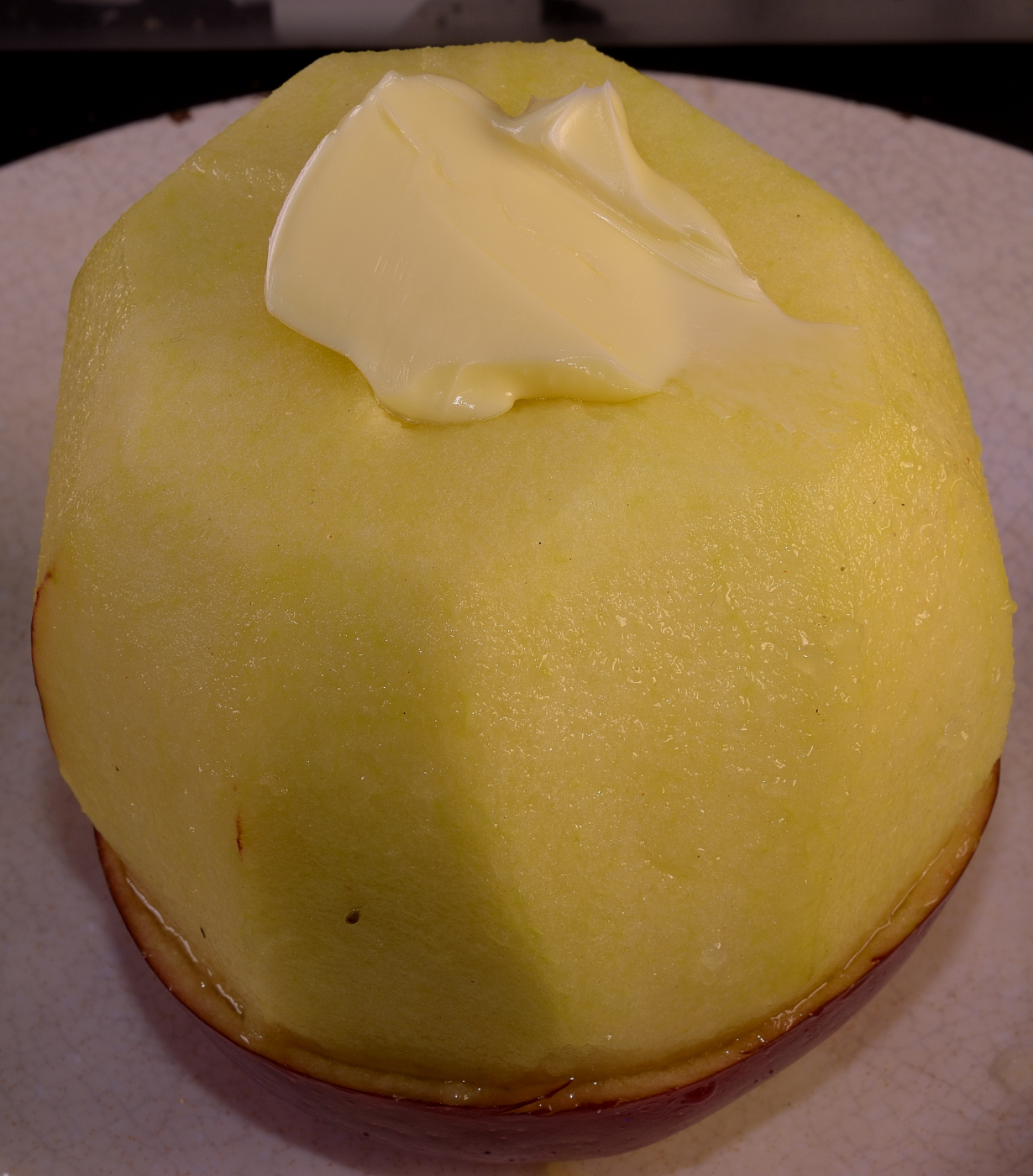 Add a small pat of butter. 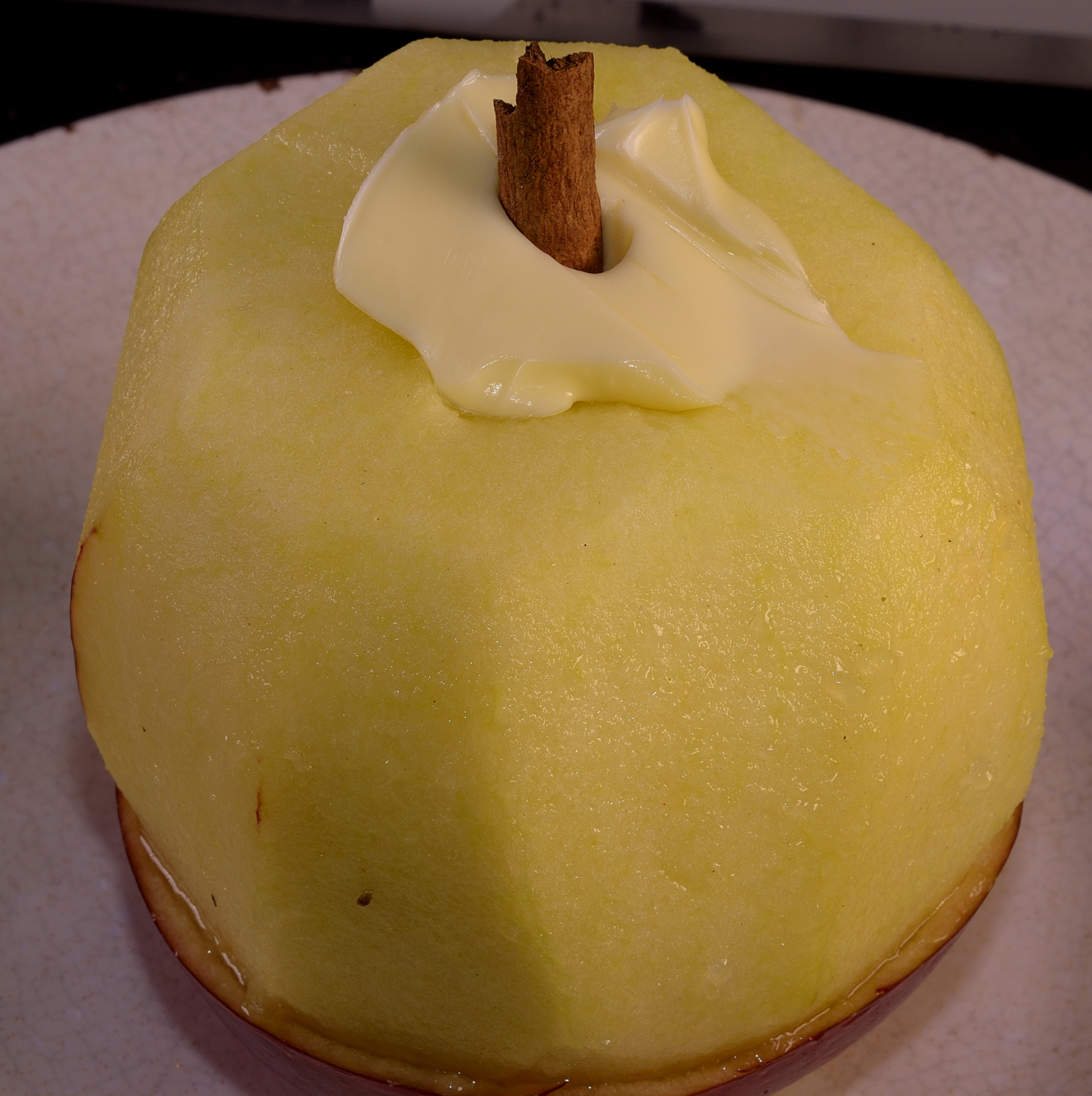 Insert a sliver of cinnamon stick into the butter/sugar. Vacuum seal the apple in a suitable pouch. 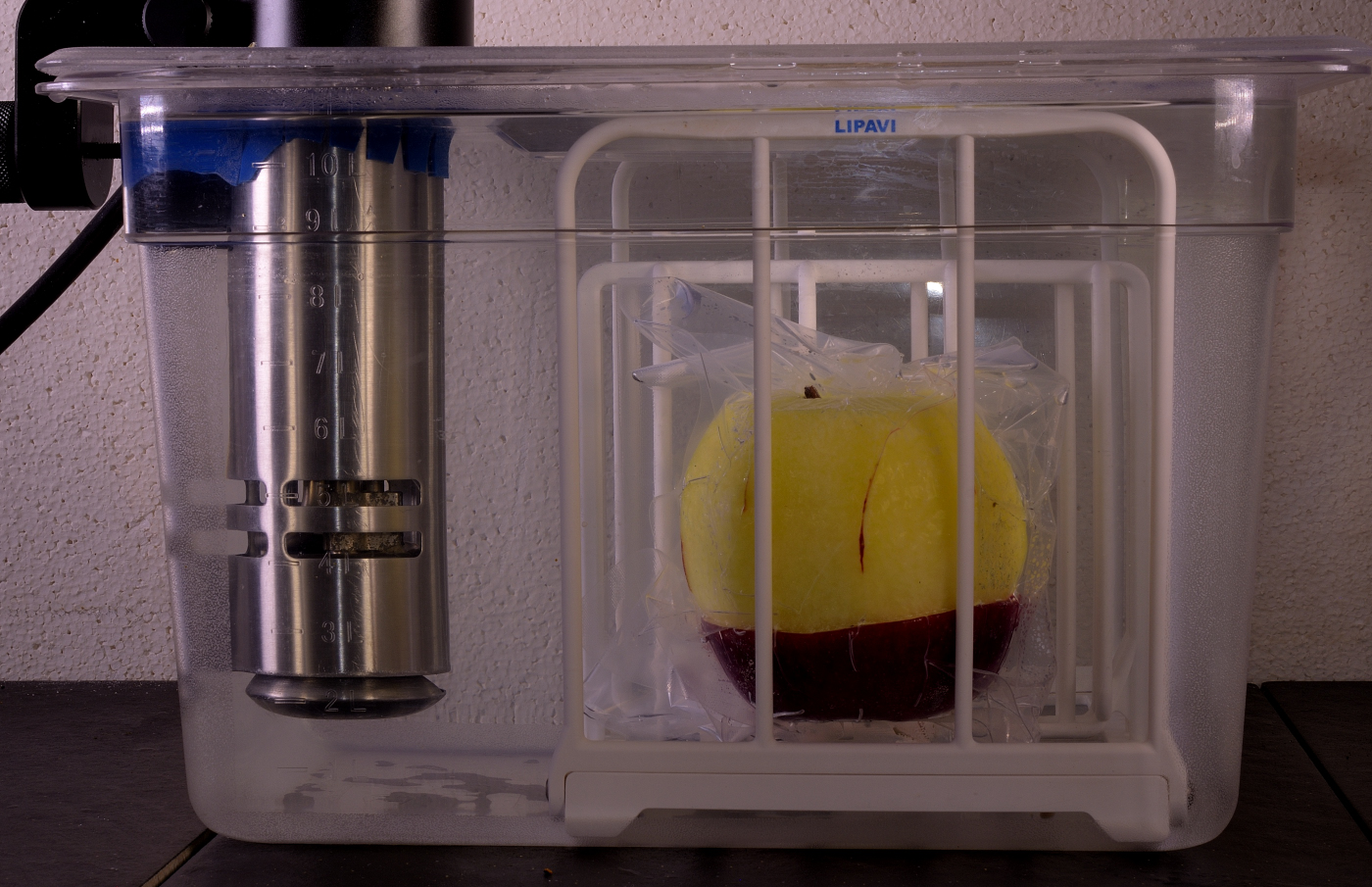 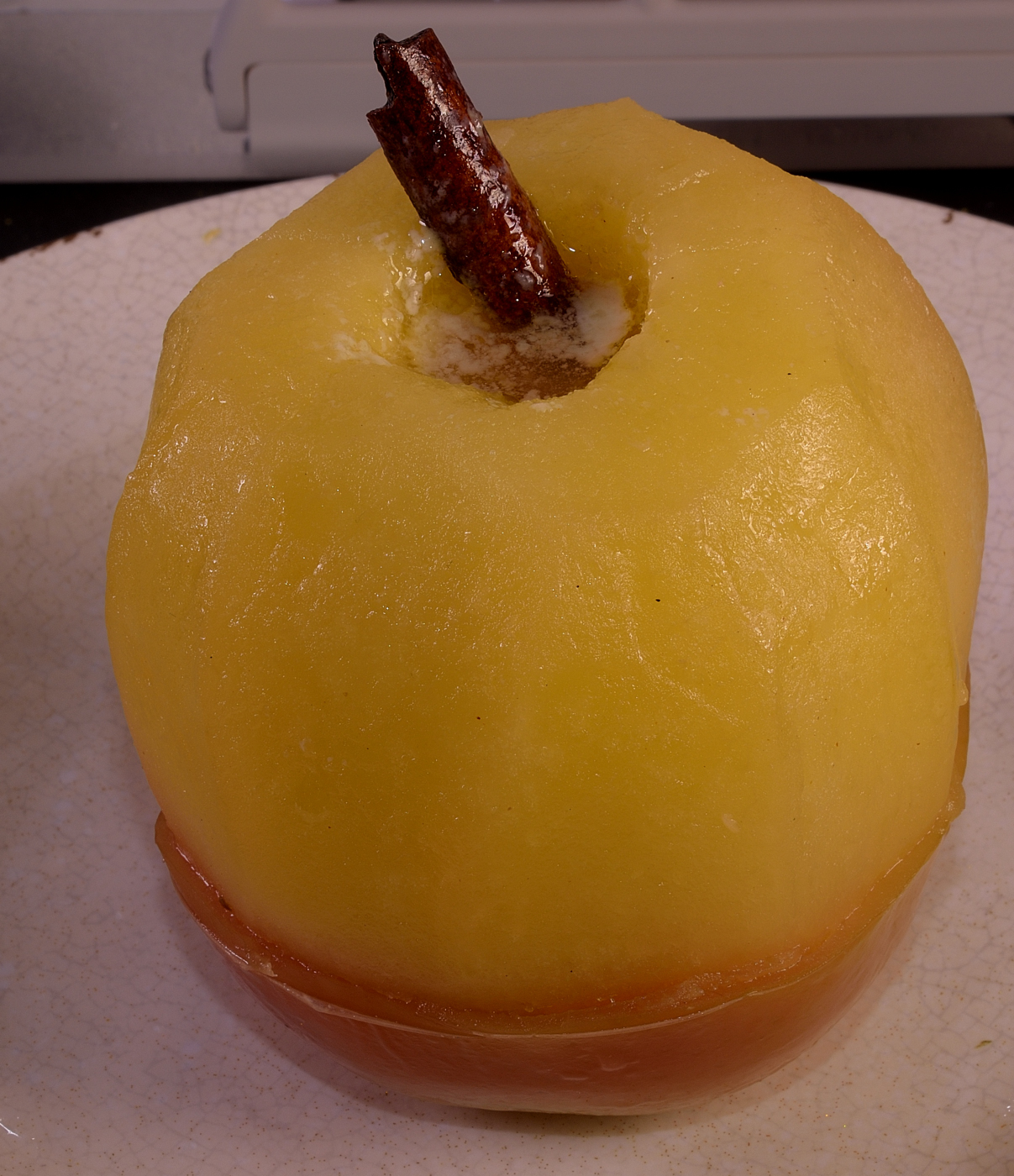 Remove the apple from the bag carefully so as not to spill the contents of the cavity. You can always drizzle it back in. 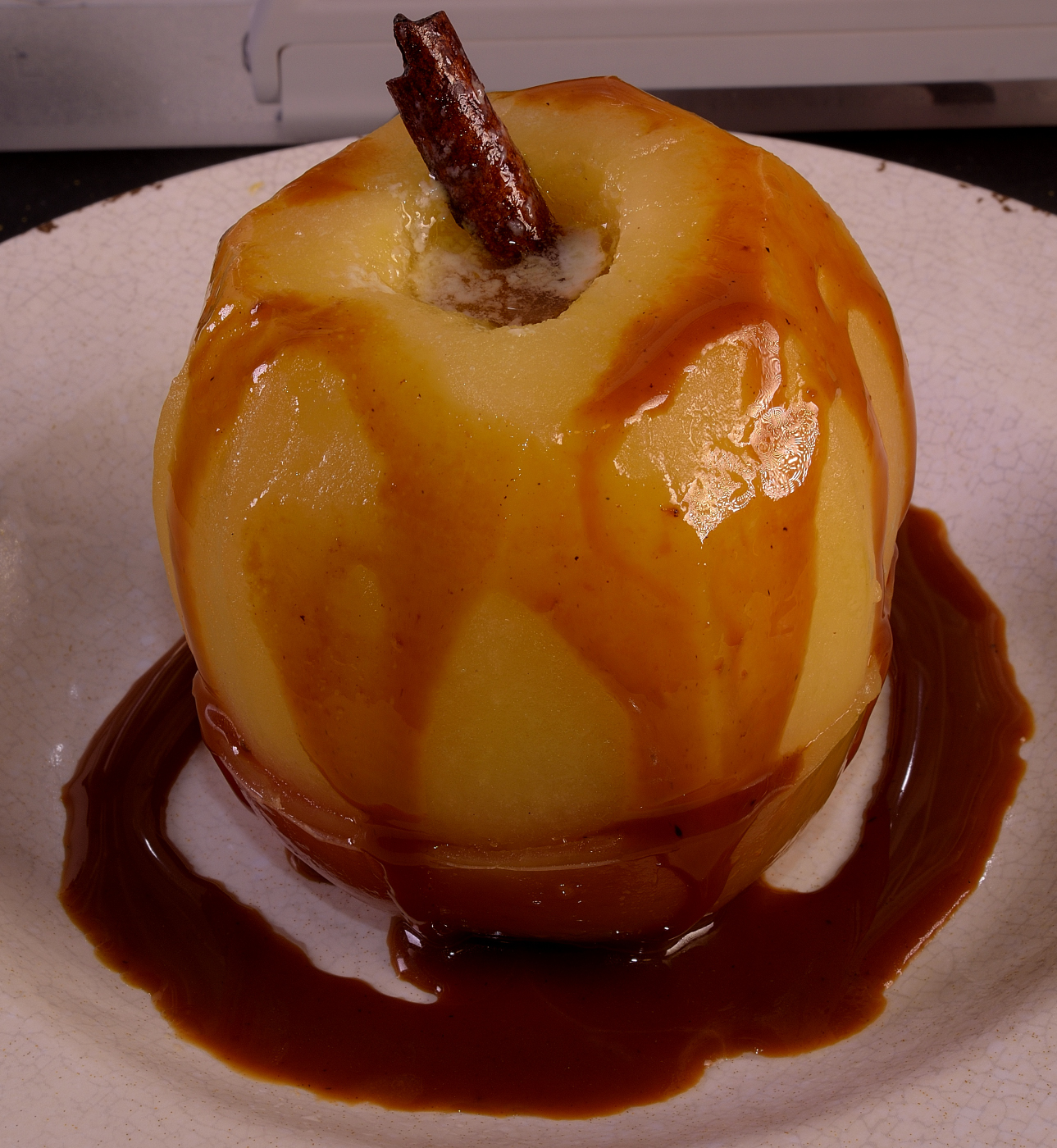 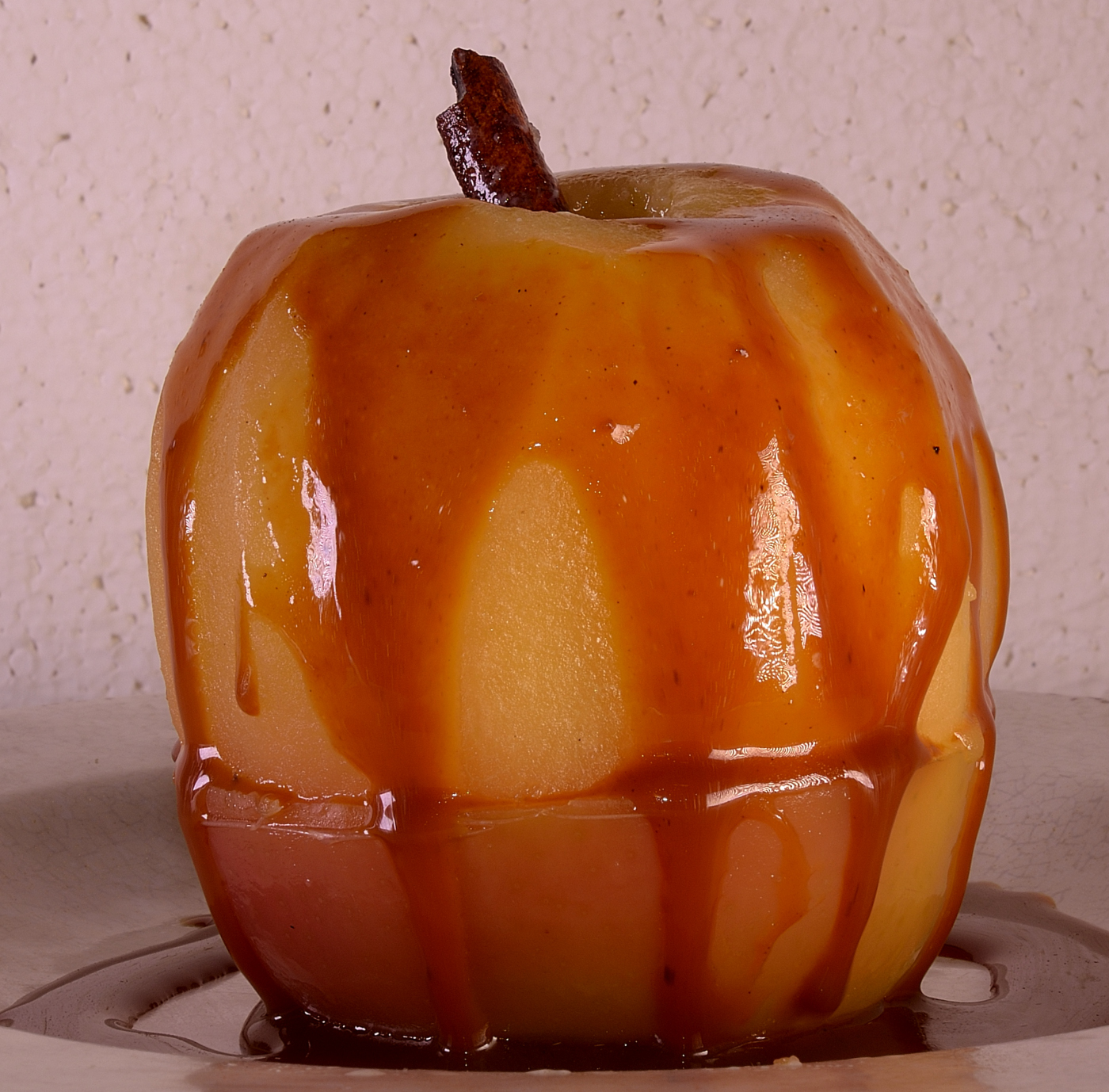 The moat really does catch some sauce. 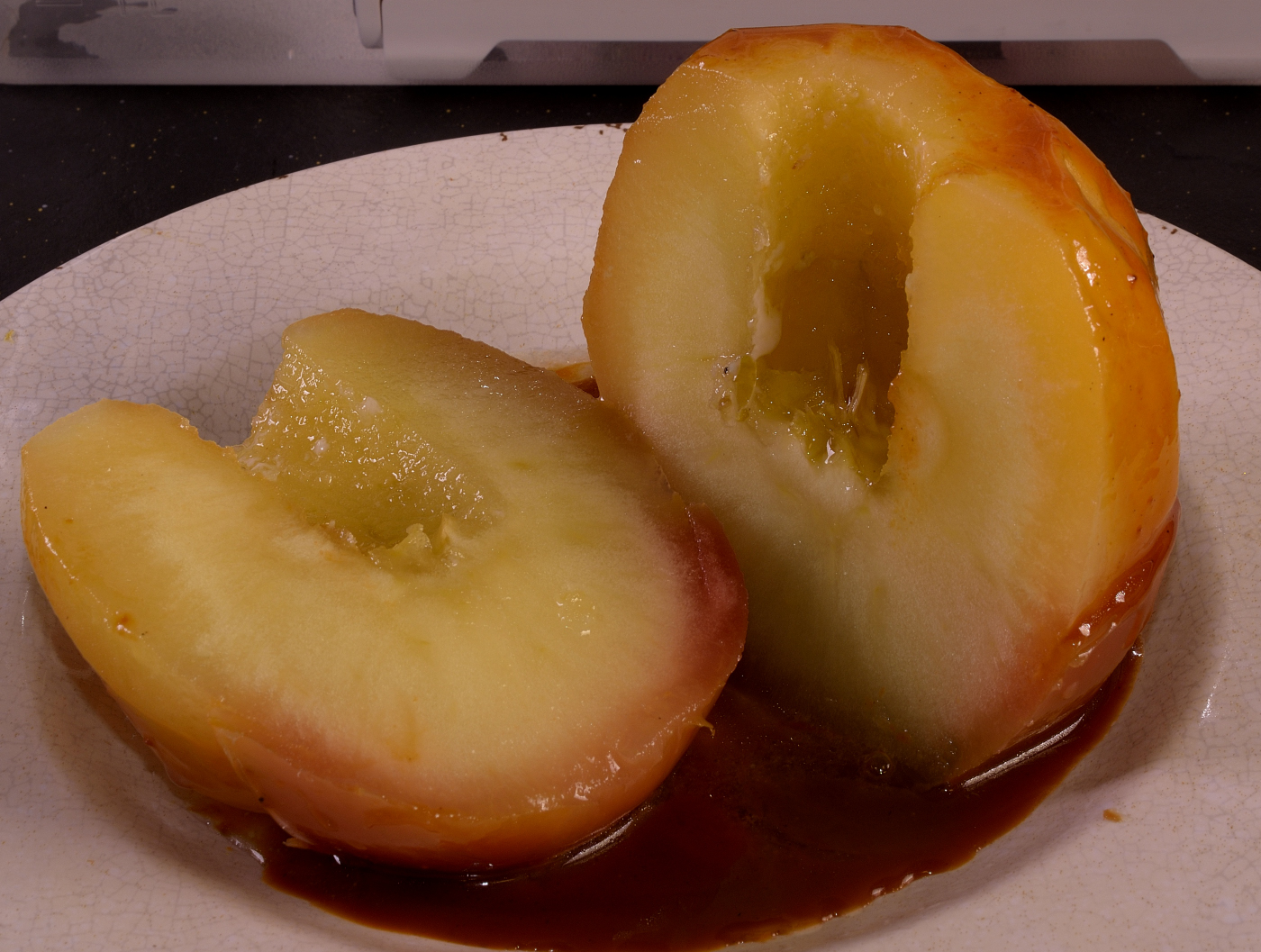 Like all sous vide items, the appearance of doneness is uniform throughout. 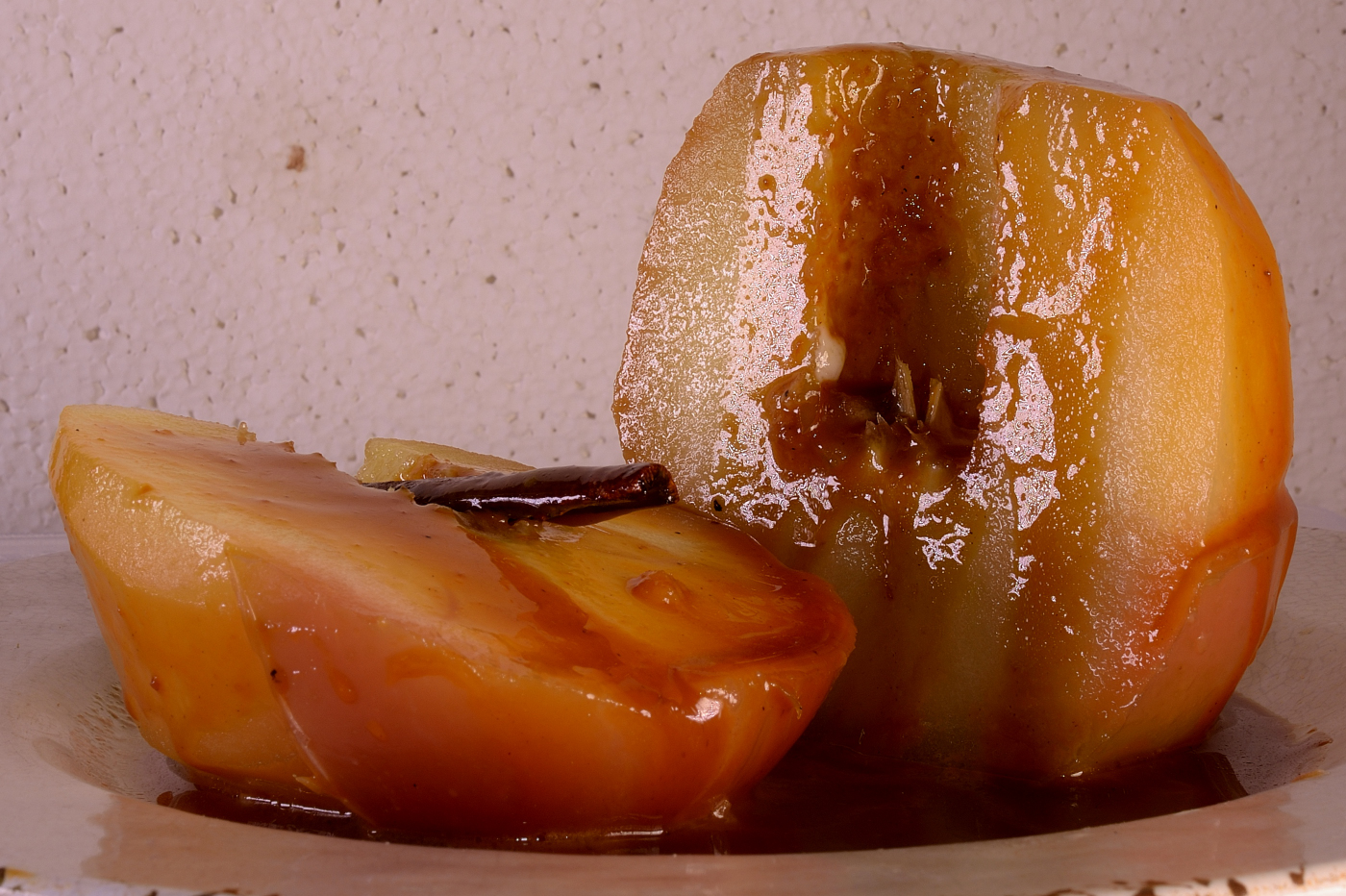 There is no such thing as too much sauce. 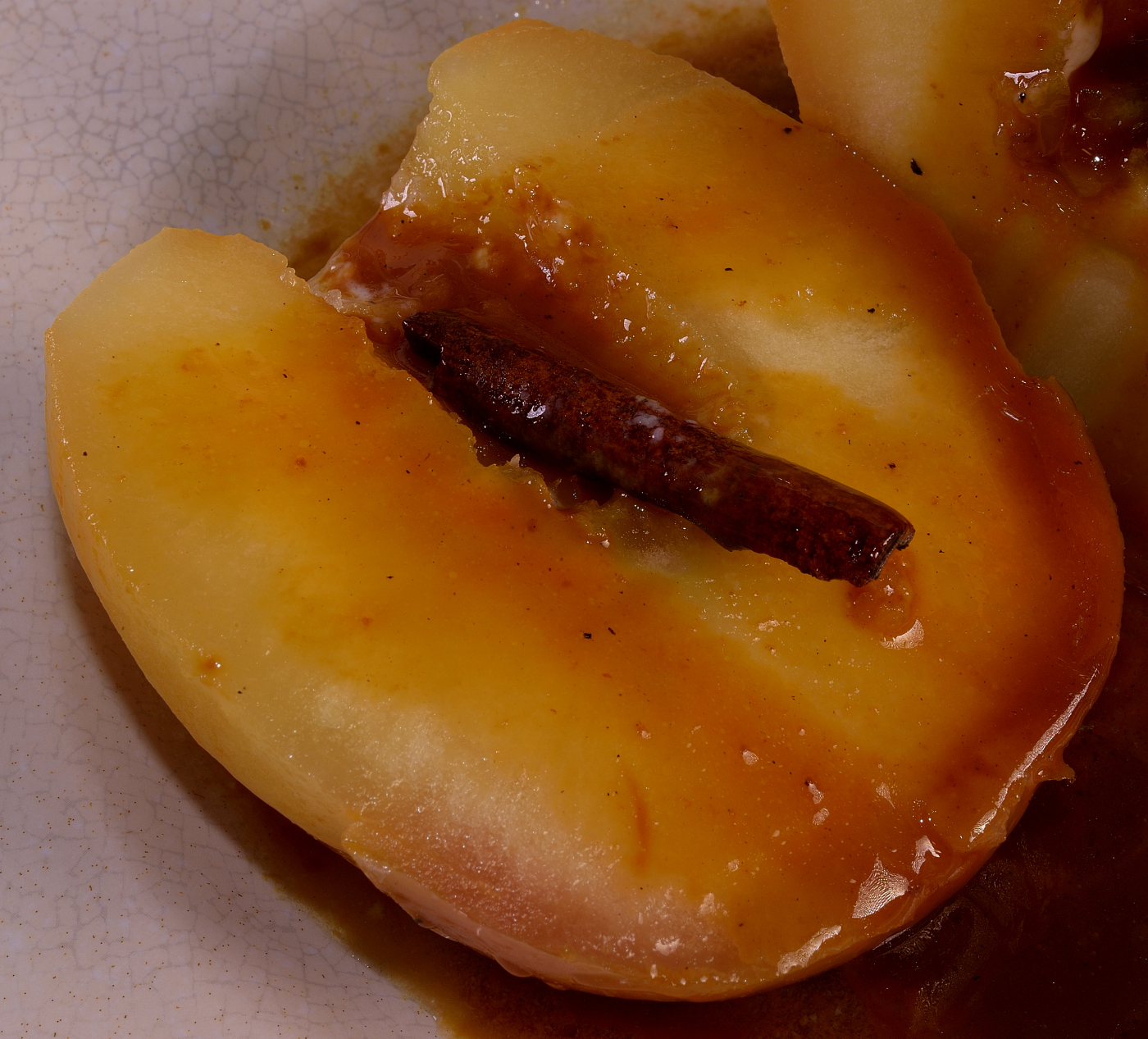 Baked apples were never a big deal to me. Then, my Austrian chef/mentor set me straight by enthusiastically extolling their virtues. Austrians grow apples, and they must really love them; his narrative was uncharacteristically florid. Baked apples have benefits.

There is no need to "pick a cool and breezy day." There is no need to make a crust like you would for apple strudel or apple pie because baked apples do not require a crust. They are light and healthy, at least until you discover how well they go with caramel sauce, whipped cream, ice cream, or all three. As a courtesy to dieters everywhere, we will demo the simplified caramel version.